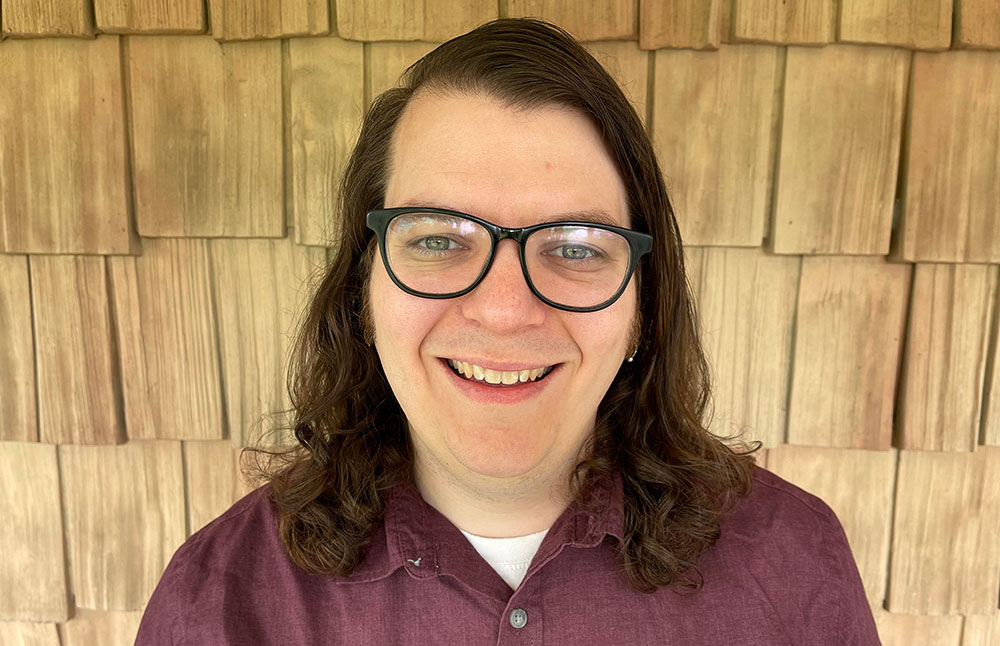 Alexander Jentsch is a postdoctoral fellow at Brookhaven Lab working to develop detectors for particles that will emerge very close to the colliding beams at the future Electron-Ion Collider.

What is your role in the EIC?

I am primarily focused on the development of the EIC interaction regions and associated detectors around the beamline. This involves close work with Brookhaven Lab’s Collider-Accelerator Department. The physics of 3D imaging of quarks and gluons will generally result in a final state particle that comes out with a momentum very similar to that of the colliding beams. Detecting these particles requires specially optimized detectors that can be inserted into the beam pipe a few millimeters away from the proton or nuclear beams!

I believe humans are naturally curious about the world around them and are motivated by understanding even the most challenging concepts available to study. To me, the beauty of nature is most readily observed in the simultaneous complexity and simplicity of the smallest constituents of our universe, which are described by the Standard Model of particle physics plus gravity. It’s simple, because it only seems to take a few fundamental particles to build a universe, but complex in how they interact with each other to build the structures and interactions we see around us.

The EIC will explore one of the four (currently known) fundamental forces of nature: the strong nuclear force. While we know from decades of past (and current) experiments that the strong force is responsible for binding nucleons together into atomic nuclei via the interactions of quarks and gluons inside protons and neutrons, we unfortunately have a real challenge in performing predictive calculations in the theory that describes these interactions. It requires collecting mountains of data. The EIC will provide us with the experimental capabilities to collect these data in previously unexplored regions with polarizations and with increased precision.

I am most interested in studying the three-dimensional structure of the proton and heavy nuclei—essentially using the EIC as a microscope to explore the structure of the nucleus at the level of the quarks and gluons! Also, studying the structure of heavy nuclei in the regime of energy enabled by the EIC will help physicists better understand the initial conditions of nuclei before they collide and produce quark-gluon plasma, a “soup” of “free” quarks and gluons that has been under study for the past 20+ years at the Relativistic Heavy Ion Collider (RHIC).

The EIC’s ability to produce “polarized” beams of electrons, protons, and even helium-3 (the nucleus of standard helium, but with one less neutron) allows us to study all aspects of the spin structure of the proton and neutron. The EIC will be the only machine in the world capable of producing both kinds of polarized beams! The very high “luminosity” of the EIC, which translates into the rate of collisions of the electrons and ions, allows for the accrual of enormous amounts of data, which will be necessary to produce results with extremely high precision. This aspect of the EIC is crucial to many of the underlying physics goals.

Because of the extremely high rate of data taking required for the EIC, we need to have well-developed electronics and software that allows us to “stream” every collision event from the detector. That requires huge bandwidth and short-term storage. After these data are staged, specialized software, hopefully aided by modern machine-learning techniques, will “filter” the enormous volume and carefully look for collision events of interest to store on a longer-term basis for analysis by scientists. After we have the data in hand, the analyzers will use the analysis codes they develop to study the underlying physics. They’ll also need to employ modern analysis techniques to analyze the enormous amount of data in a timely fashion.

I think it’s really crazy that we can build these increasingly complex (and gigantic) detectors and particle accelerators and use them to unlock the secrets of how the universe is constructed from the most-fundamental building blocks. The sheer number of components that have to work well together to even make the simplest measurements is astounding. Imagine trying to use a two-mile ring of magnets to steer two hair-strand thin beams of particles that you cannot physically “see” at nearly the speed of light to collide continuously at the center of a digital camera the size of a three-story house. When you take a step back and see the immense achievements in technology that have been made to enable this level of study of the subatomic world, it’s really awe-inspiring.

My coffee mug. It (and its contents) is the single most important thing to the success of my work.

I spend hours debugging code I am using to perform analysis and lots of time attending meetings to collaboratively decide on the best avenues for the design of detectors and the refinement of analysis techniques. I usually have some time to read and write scientific papers on the work we have been accomplishing. I also spend some time with a notebook and pen to do some of my work (even some code-debugging!) the “old-fashioned” way because I still find I remember things better that way. 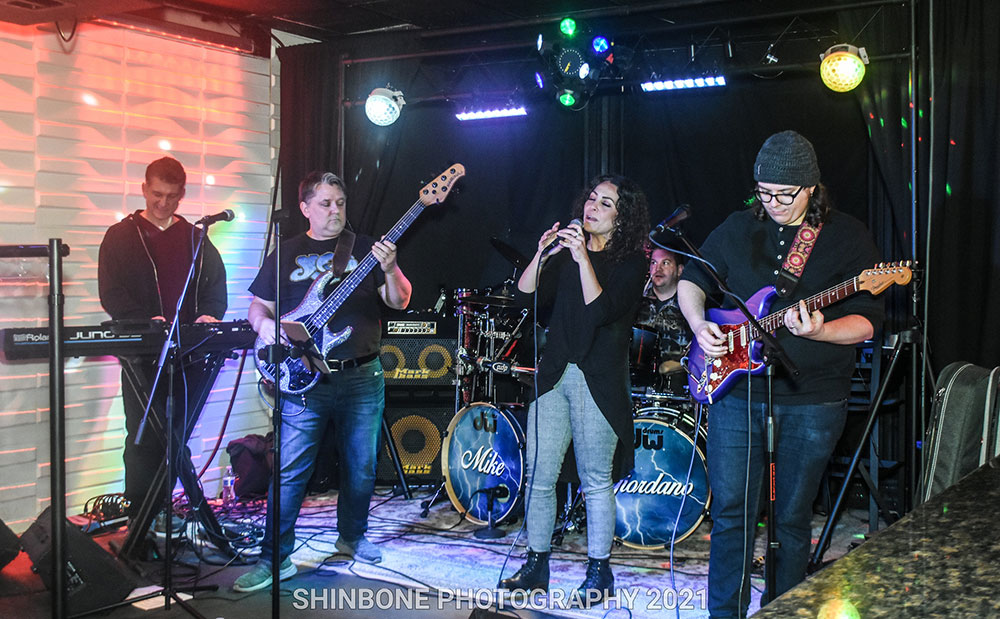 I play guitar in an 80s cover band called VHS! I have been playing music for the better part of 21 years, and I have acquired a pretty illogical amount of musical gear for only 32 years of age.