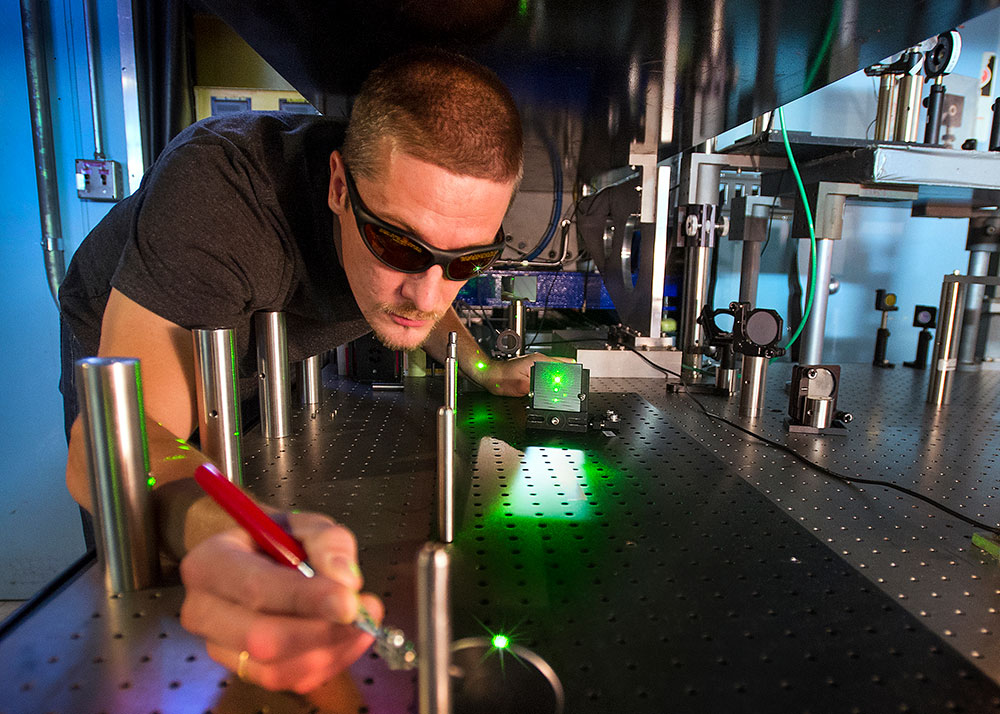 The U.S. Department of Energy's (DOE) Brookhaven National Laboratory has several of these accelerators. One miles-long accelerator system provides ion beams for scientists to probe the universe's basic building blocks, prepare astronauts for safer space travel, and produce medical isotopes to diagnose and fight cancer as well as other diseases. Another accelerator system produces ultrabright X-rays so that scientists can make advances with quantum materials, energy systems, biology, and more.

Brookhaven offers state-of-the-art capabilities for next-generation accelerator technology at the Accelerator Test Facility (ATF), a DOE Office of Science User Facility. One specific tool researchers developed at the ATF—an ultra-fast carbon dioxide (CO2) laser—is the most advanced of its kind in all the world. Future accelerators that result from research and development at the ATF could provide significant benefits for science, industrial uses, medical treatments, and national security.

On Wednesday, Jan. 26, join the ATF’s Mikhail “Misha” Polyanskiy for the 523rd Brookhaven Lecture. His talk, titled "The Past, Present & Future of Ultrafast CO2 Lasers: A Success Story Inspired by Accelerator Science," will be held at 4 p.m. on Zoom.

Polyanskiy will give an overview on particle accelerators, lasers, and laser accelerators. He will then discuss the ATF's ultrafast CO2 laser and its capabilities. He will also provide his views on the past, present, and future for this field of research.

Polyanskiy joined Brookhaven Lab as a research associate in 2007. He's since been promoted to the role of physicist at the Accelerator Test Facility, where he focuses on both research and development for the ultra-high-power CO2 laser and providing expertise to support users' experiments. He worked in the Production Engineering Research Laboratory of Samsung SDI CO., LTD., in South Korea from 2004 to 2007.

Polyanskiy earned a Ph.D. in physical chemistry from École Polytechnique Fédérale de Lausanne (EPFL) in Switzerland. He earned master's and bachelor's degrees, both in physics, from St. Petersburg State University in Russia.