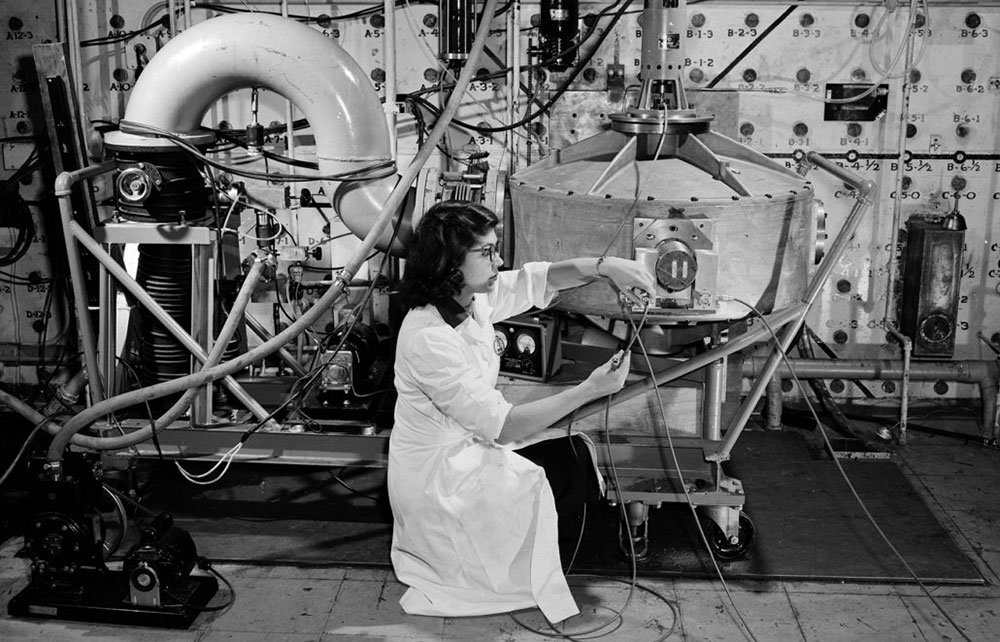 Scientist at a fast neutron chopper at the Brookhaven Graphite Research Reactor (BGRR), 1953

The Long Island Museum (LIM) is proud to announce a collaborative exhibition exploring the history of Brookhaven National Laboratory, one of our nation’s most dynamic and internationally influential scientific research institutions.  Atoms to Cosmos: The Story of Brookhaven National Laboratory will be on view in the Main Gallery of the LIM’s History Museum and will run from April 21, 2022 - October 16, 2022.

Home to seven Nobel Prizes and five National Medals of Science and celebrating its milestone 75th anniversary, Brookhaven Lab is one of 10 national laboratories overseen and primarily funded by the Office of Science of the U.S. Department of Energy. It is the only multidisciplinary national lab in the northeastern United States. Situated on Long Island and just 18 miles from the LIM sits this center of discovery where scientists from around the world are unlocking the mysteries of the universe and developing new technologies that impact lives all around the globe. Since 1947, Brookhaven Lab has been an international leader in scientific research and development.

In partnership with the Lab, the LIM will explore and present the Lab’s pivotal story to Museum visitors through a combination of more than 100 artifacts, historic photographs, film, and interactive components. 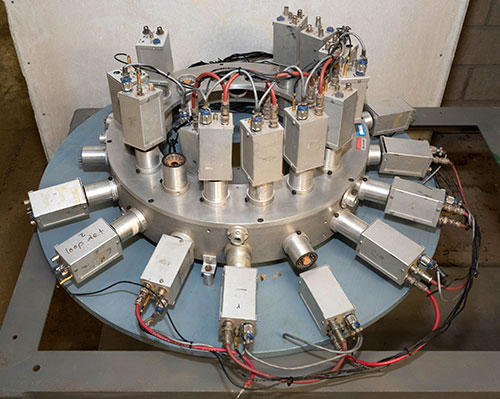 One of the LIM’s most ambitious exhibitions to date, this 3,000-square-foot retrospective invites Long Islanders to explore the Lab’s many discoveries and its work that has widely impacted human fields of endeavor, from high energy physics to nuclear medicine, materials science, computation, and more.  Objects such as a 95” long magnet lamina from the Cosmotron, 1952, on loan from the Smithsonian National American History Museum, and two early PET (positron emission tomography) scanners, 1961 and 1981, on loan from the Lab, as well as a borosilicate glass window from the Bubble Chamber, c.1959, will be on display.

“Collaborating with the Brookhaven National Laboratory to create this one-of-a-kind exhibition has been really exciting,” said Joshua Ruff, the LIM’s Deputy Director and Director of Collections and Interpretations.  “In addition to exploring the physics of the universe and new ways to produce, transmit, and store energy, Lab scientists have advanced our understanding of the impact of drug addiction on the human brain, aided the Metropolitan Museum of Art in painting conservation, and developed the technology that led to high-speed MagLev trains,” said Ruff, who is one of the curators of the exhibition. “I think that visitors will be impressed by how far-reaching the Lab’s work has been and continues to be.”

Located in Upton, the 5,300-acre Lab site in the Long Island Pine Barrens is one of Suffolk County’s leading employers and a vital economic and cultural center with a long, complex, and sometimes misunderstood past.  Brookhaven’s story is expected to have enormous audience appeal.

A substantial section of the exhibition showcases how science currently being explored at Brookhaven will have significant implications for the world in the future. This exhibition is especially timely given the recent announcement by the Department of Energy that the Lab will become home to the Electron-Ion Collider (EIC), an approximately $2 billion facility that will open up a new frontier in nuclear physics. Expected to begin operations in the early 2030s, the EIC will reveal unprecedented details about how the inner-most building blocks of the atomic nucleus are bound together, potentially leading to new discoveries with benefits for the economy and humanity.

“Brookhaven’s vision is producing discovery science and transformational technologies that power and secure America’s future,” said Doon Gibbs, Brookhaven Laboratory Director. “We have a long history of pushing the boundaries of science, and a combination of world-class staff and one-of-a-kind research facilities that will take us through the next decade and beyond. We’re pleased to have this opportunity to share our past, our future, and our passion for discovery with our Long Island neighbors and visitors alike.” 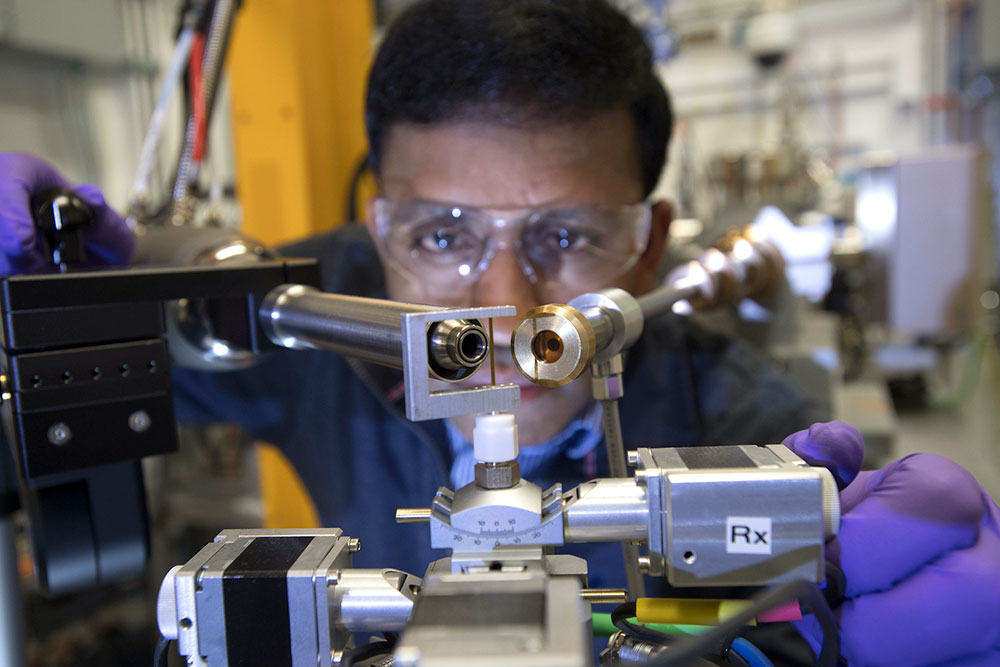 About the Long Island Museum

Located at 1200 Route 25A in Stony Brook, the Long Island Museum is a Smithsonian Affiliate dedicated to enhancing the lives of adults and children with an understanding of Long Island's rich history and diverse cultures. Regular museum hours are Thursday through Sunday from noon to 5 p.m. Admission is $10 for adults, $7 for seniors, and $5 for students 6 -17 and college students with I.D. Children under six are admitted for free. Covid safety protocols remain in effect; physical distancing will be required and all visitors must wear face masks while indoors. The LIM follows CDC-prescribed cleaning protocols for all buildings. Tickets are available at the History Museum entrance; pre-registration is not required. For more information visit longislandmuseum.org.