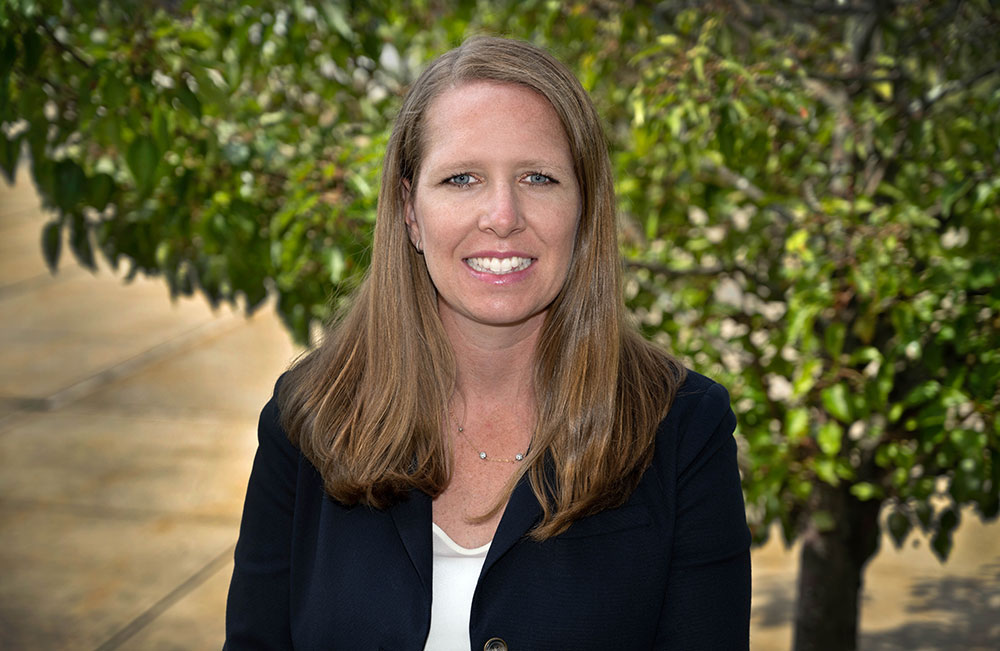 As soon as she graduated from high school, Shari Lindner joined the Navy. Not quite set on what she wanted to study in college, she realized that joining the service would be an excellent opportunity to travel, learn new skills, and pay for her own education once she zeroed in on the right field.

Before pursuing a degree in anthropology, Lindner was stationed in different areas along the west coast—a naval air station in Whidbey Island, Washington and two aircraft carriers, the USS Ronald Reagan and USS Carl Vinson, outside of San Diego, CA. During that time, the hard work, camaraderie, and challenges that she faced have not only shaped her life and career but have also given her the insight to guide other veterans in their professional development.

After leaving the Navy, Lindner earned an anthropology degree and pursued her interest in archaeology. While this allowed her to travel and explore fascinating cultural sites, it had little structure or stability.

“I wanted to be the female Indiana Jones,” Lindner recalled, “and that did happen for a bit, but it wasn’t like what you see in the movies. You're living out of motels, per diem, with little pay and no benefits. It was fun when I was younger, but it wasn’t sustainable. After thinking about what I wanted to do in the long term, career development was a field that seemed much more up my alley.”

After making that realization, she began to focus on veteran employment and career development, starting this endeavor at the nonprofit Hire Heroes USA. “It was a nice, easy shift,” said Lindner. “I was a part of the military community and married to someone that was still in the military, so it felt like helping family.”

After a few years, in an effort to broaden her experience, Lindner took a career coaching role at New York University. This led her pursue a master’s degree in human resource management, allowing her to focus on learning and development. No matter what direction her career took her in, that passion for supporting fellow veterans and engaging in the veteran community always found a way to surface.

“In any position that I hold, I have a responsibility to make sure that people are aware of the benefits that veterans can bring to the organization,” she explained, “especially educating people on the military community and working on inclusion.”

When Lindner began her role as leadership training specialist at the U.S. Department of Energy’s Brookhaven National Laboratory in May 2020, she was eager to get involved in veteran initiatives. It was only eight months later that she was made the vice president of the Brookhaven Veterans Association (BVA), an employee resource group (ERG) dedicated to veteran recognition, outreach, and support.

“I was persistent,” said Lindner. “I nagged Shirley Kendall, who was the President of the ERG at the time, as soon as I started working here, asking how I could help and letting her know that I had ideas about how we could improve veteran services. They acquiesced and allowed me to become an integral member.”

Lindner attributed some of this success to the mentorship from fellow Navy veteran and BVA Founder, Donald Farnam, who helped her acclimate to the Lab and understand the best areas for her to focus on. Career development is an integral part of what the BVA does, and Lindner’s talent and passion in this area is an invaluable asset.

Lab employees may be aware of the talks and events that the BVA hosts, especially in November to commemorate Veterans Day, but a lot of the hard work that is done by the group, like career development, often happens behind the scenes. The BVA does a lot of outreach and has been collaborating with Human Resources to implement programs and policies that help get veterans employed, including recognizing military experience as something that can be translated into relevant work experience. Organizations usually benefit from the experience and skills of veterans, and policies like these can help ensure that they aren’t overlooked.

While much of this experience is technical, military backgrounds also provide invaluable soft skills and general approaches to working effectively. “I joked before, about nagging Shirley Kendall, but I think that perseverance, knowing what your end goal is and knowing that you probably will have obstacles in your way, it's just the way things work. You can try to plan for some of it, but there will be surprises. In the military, we quickly adapt. We understand when there is a challenge and work around it. I think that's just something that service members do really well—problem solving, critical thinking, and not letting an obstacle stop or demotivate us. New challenges excite us.”

The BVA is also working hard to implement veteran internship programs. Recently, Lindner collaborated with Jamie Greene, human resources generalist and Army veteran, to submit Brookhaven Lab’s application to be an approved SkillBridge military internship program provider. Once approved, this would be Brookhaven Lab’s first partnership with the Department of Defense. Service members who are on active duty and within 180 days of transitioning out of the service would be offered a 12-week full-time internship at the Laboratory with the potential to transition into a full-time job.

The BVA, in collaboration with Human Resources, wants to ensure that Brookhaven Laboratory is a military-friendly employer with a welcoming and accommodating culture. Public information sessions for hiring managers are held often and representatives from the Lab attend veteran-centered career fairs. Veterans can find more information on Brookhaven Lab's veteran careers website.

There are plenty of ways for Brookhaven Lab employees to learn more about our veteran community and to help support the work they’re doing. Attending events and fundraisers, like the Suffolk County Veteran’s Summer Run Series, or listening at talks hosted by the Lab throughout the year to the experiences and perspectives of fellow employees who have served are some simple and engaging ways to show your support and learn more. Hiring managers can also connect with the BVA to learn more about the important role they play in the successful transition of veterans from military service to employment.