Many high school students come to BNL through OEP’s High School Research Program. The program gives 11th and 12th grade students an opportunity to work with BNL scientists and participate in ongoing, important research and development programs. Mentors typically host students for six weeks during the summer, but if both mentors and students are able, a project can begin any time.

Mentors consistently note the valuable contributions made by these young researchers. While being an Intel finalist or semifinalist is not the focus, it does happen frequently for these high-caliber students.

Each year, 300 high school students are recognized as semifinalists in the Intel Science Talent Search for their outstanding scientific research. This year, two of the recently announced semifinalists completed their projects with help from mentors Bill Morse and Alistair Rogers at the U.S. Department of Energy’s Brookhaven National Laboratory (BNL) through the Office of Educational Programs’ (OEP) High School Research Program.

“Long Island has a long history of producing high school students who are exceptional in the science, technology, engineering, and mathematics (STEM) fields. Brookhaven Lab is proud to be a partner with the regional schools to produce the next generation of scientists,” said Scott Bronson, manager of OEP’s programs for students in kindergarten through grade 12.

“This past year, 41 students participated in BNL’s High School Research Program, and projects were recognized for excellence by Intel and Siemens,” Bronson added. 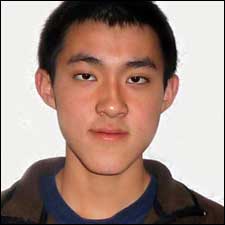 The Physics Department’s Bill Morse mentored David Wu of Port Jefferson Station, a senior at Comsewogue High School, during the summer of 2011. Wu was chosen as a semifinalist in the Intel contest for his project, A Novel Detector Geometry to Measure the Muon Anomalous Magnetic Moment. He worked with a computer simulation program to test the size, shape, and placement for detectors that could be used in future experiments to study unstable, negatively charged, subatomic particles called muons.

Wu plans to attend college this fall and study computer science or physics. 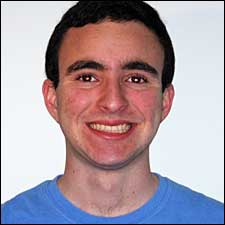 In the Environmental Sciences Department, mentor Alistair Rogers is now two for two with high school students and Intel semifinalists. Ross Shulman, a senior at John F. Kennedy High School and resident of Bellmore, worked with Rogers during the summers of 2010 and 2011 and was selected for his work, titled The Impact of Elevated Carbon Dioxide Concentration and Drought on Leaf Nitrogen Content in Soybean. Shulman studied how increasing levels of carbon dioxide in the atmosphere — in combination with projected increased drought — may affect plants and the natural process by which they convert nitrogen from the air into other essential life-sustaining compounds.

Long Island and New York State typically fare well in the national Intel science contest. This year, 61 of the 300 semifinalists were from Long Island schools and 105 were from the state. In comparison, California had the second largest number of semifinalists with 40.

Long Island has a unique community of scientific institutions committed to providing students with a solid education in STEM fields. Brookhaven, Cold Spring Harbor Laboratory, the North Shore-Long Island Jewish health system, and Stony Brook University are all members of the Long Island STEM Hub, an initiative to prepare students to become the high-tech workforce of the future and thereby support economic growth in the region. As a member of Long Island STEM Hub, Brookhaven Lab, with its OEP, is also striving to develop the next generation of scientists and researchers.

Until then, congratulations to these two semifinalists and their mentors — and good luck!