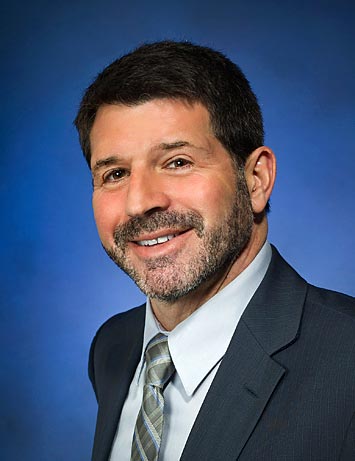 Warren Stern, an internationally recognized leader and manager in the area of nuclear energy, safeguards, safety and security, has been named a senior advisor in Brookhaven Lab's Nonproliferation and National Security Department (NNSD).

Stern, who reports to NNSD Chair Carol Kessler, has held leadership positions at the CIA, Department of State, the International Atomic Energy Agency (IAEA) and the Department of Homeland Security (DHS).  Most recently, he was appointed by President Obama to lead DHS's Domestic Nuclear Detection Office in August 2010. He served in that position until June 2012.

At Brookhaven, Stern will provide strategic guidance on nonproliferation and other security issues, build business and lead projects in IAEA safeguards, international nuclear security, nuclear detection and emergency response. He will work both at Brookhaven Lab and in Washington, D.C.

"Warren Stern is a friend and colleague who will bring the NN Department a huge advantage in our efforts to grow our business with our chief clients — NNSA, the Department of Defense, and the State Department," Kessler said. "His breadth of experience is unparalleled and directly relates to NN's strengths."

At the State Department, Stern directed the office responsible for developing and implementing U.S. nuclear safety and radiological security policies.  As senior technical advisor to the Office of International Nuclear Affairs at the U.S. Arms Control and Disarmament Agency, he developed and implemented nonproliferation, verification, and arms control policies and spearheaded U.S. efforts to revise the Convention on Physical Protection of Nuclear Material. For the Central Intelligence Agency, he served as an intelligence officer for the Office of Scientific and Weapons Research.

Stern also served as then Senator Hillary Clinton's nuclear fellow and advisor in 2002 and 2003.  He provided advice and guidance to the Senator on nuclear energy, waste, and safety and security issues, and led development and negotiation of Senator Clinton's Dirty Bomb Prevention Act

"Brookhaven's role in international nuclear issues, in particular nuclear safeguards is unparalleled," Stern said. "It is a great privilege and an honor to work with the Laboratory again."

Stern earned a B.A. in physics from Brandeis University in 1985, and an M.S. in nuclear engineering from MIT in 1989.  He also holds a M.S. in national security studies from the National War College, awarded in 1997.