495th Brookhaven Lecture on Wednesday, 6/18: 'To See or Not to See a Warhead: Imaging Nuclear Weapons With Neutrons' 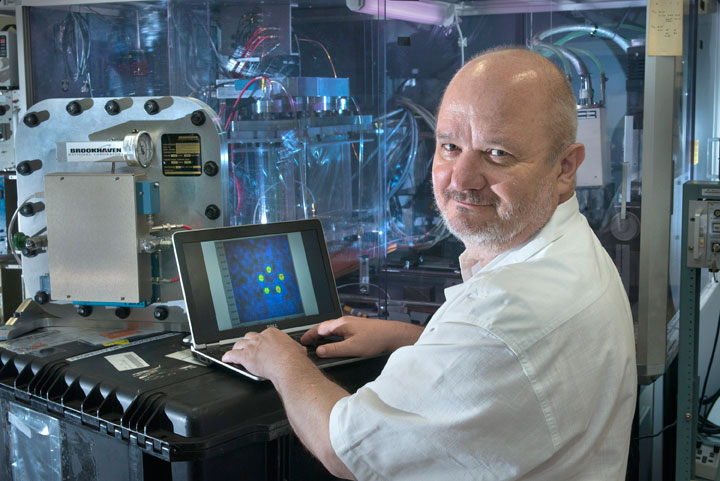 The stakes are high when it comes to world powers and nuclear weapons—very high.

The United States and the Russian Federation have established a comprehensive system of arms control treaties to jointly reduce the number of nuclear warheads and delivery vehicles each maintains. When U.S. President Barack Obama and Russian President Dmitry Medvedev signed the New Strategic Arms Reduction Treaty (New START) in 2010, an agreement between the nations to continue reducing the number of nuclear weapons, one of the treaty's important terms allows for on-site inspections to verify that nuclear warheads are dismantled. Still, the diplomatic agreement only allows inspectors to collect certain types of information about the weapon systems to verify dismantlement. To prepare for future inspections, scientists from Brookhaven Lab are developing advanced neutron-imaging techniques to quickly and accurately count warheads contained within a multiple-warhead missile.

Join Istvan Dioszegi of the Nonproliferation & National Security Department for the 495th Brookhaven Lecture, titled “To See or Not to See a Warhead: Imaging Nuclear Weapons With Neutrons," in Berkner Hall at 4 p.m. on Wednesday, June 18. All are invited to attend this free talk, which is open to the public. Refreshments will be offered before and after the lecture. Visitors to the Lab 16 and older must carry a photo ID while on site. Add to calendar

To join Dioszegi for lunch at a restaurant off site on Friday, June 20, contact Tracy Trent (Ext.7960).

During the talk, Dioszegi will discuss the principles of neutron imaging to verify nuclear warheads, as well as why and how the technique might become a tool for verification under terms of the New START treaty. Dioszegi will also explain how computer simulations and new technologies helped him and his collaborators in the Lab's Nonproliferation & National Security Department and Instrumentation Division to develop more advanced neutron detectors—including a stereoscopic imager—to verify warheads.

Dioszegi earned a Ph.D. in nuclear physics at Eötvös University in Budapest, Hungary, in 1985.  He worked at the Nuclear Structure Laboratory at Stony Brook University from 1989 until 2002, when he arrived at Brookhaven Lab's Environmental Sciences Department before joining the Nonproliferation & National Security Department in 2005. He has authored and co-authored more than 60 papers published in refereed journals, and contributed to numerous conference proceedings.