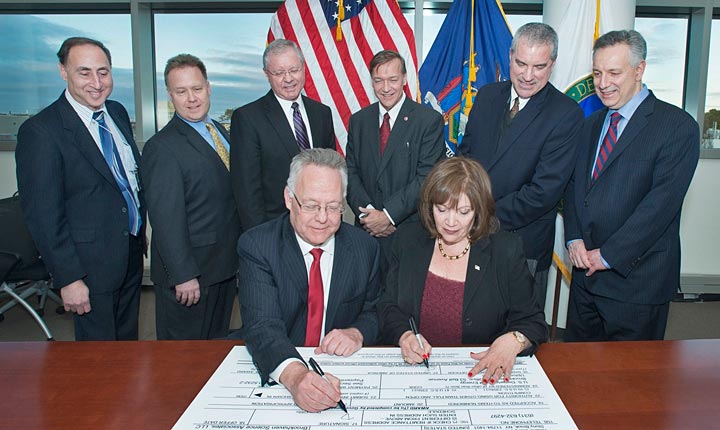 On Dec. 18, 2014, representatives from the U.S. Department of Energy (DOE), Brookhaven Science Associates (BSA), and New York State held a ceremonial signing of a new five-year, $3.25 billion contract for BSA to manage and operate Brookhaven National Laboratory for the DOE.

Established as a partnership between Stony Brook University and Battelle, BSA has managed Brookhaven Lab since 1998. The new contract begins on Jan. 5, 2015, and has a base term of five years, with up to 15 additional years that can be earned through award-term incentives.