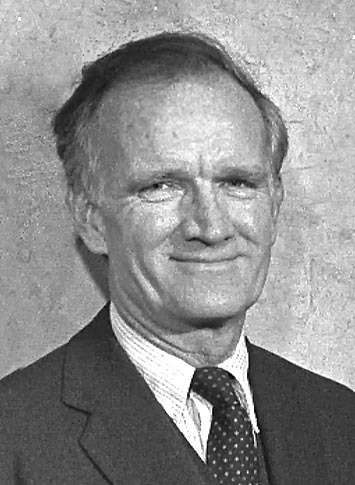 Val Fitch, who shared the 1980 Nobel Prize in Physics for a discovery made at Brookhaven Lab's Alternating Gradient Synchrotron (AGS)

Val Fitch, who shared the 1980 Nobel Prize in Physics for a discovery made at Brookhaven Lab's Alternating Gradient Synchrotron (AGS), died on Feb. 5 at age 91.

Senior Scientist Emeritus and former Brookhaven Lab Director Nicholas Samios said, "Val Fitch was a world-renowned physicist and extraordinary individual. He was associated with many prestigious institutions, including Columbia and Princeton universities as well as Brookhaven National Lab, where he with Cronin and their colleagues Christenson and Turley performed the ground breaking charge-parity violating experiment. Val's connection with Brookhaven was multifold—physicist, advisor, and friend. His wise and thoughtful counsel will be missed."

Fitch and his collaborator James Cronin's Nobel Prize-winning discovery was the opposite of what they expected to find when they began their experiment at the AGS in 1963.

Fitch and Cronin, both of Princeton University at the time, proposed using the AGS to verify a fundamental tenet of physics—charge-parity (CP) symmetry—by showing that two different particles did not decay into the same products. For their example, they picked the neutral K mesons that are produced routinely in collisions between a proton beam and a stationary metal target.

The experiment set out to show that in millions of collisions, the short-lived variety of K meson always decayed into two pi mesons, while the long-lived variety never did. But to their surprise, a "suspicious-looking hump" in the data showed an unexpected result: Occasionally, the long-lived neutral K meson does decay into two pi mesons. Cronin and Fitch found an example of CP violation.

The discovery's ramifications stretched far beyond the neutral K mesons. Cronin and Fitch discovered a flaw in physics' central belief that the universe is symmetrical.

Val Fitch was actively involved with the Board of Trustees of Associated Universities, Inc., which managed Brookhaven Lab for the U.S. Department of Energy from 1947 to 1997. He was a trustee, member, and from 1991 to 1993 served as chair.