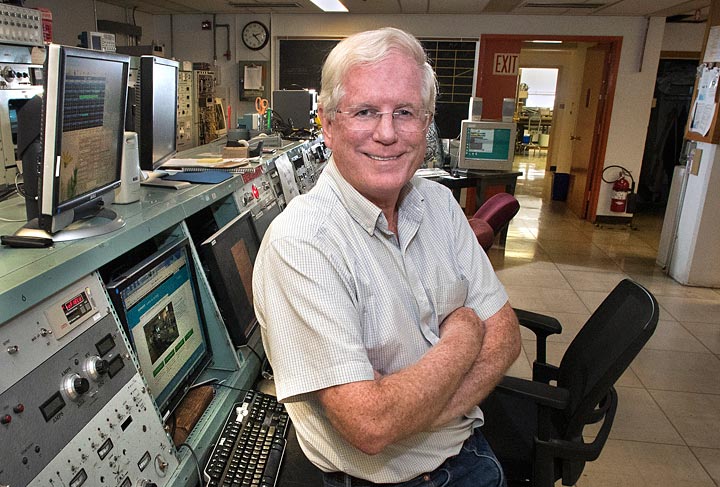 John O’Hara of Brookhaven’s Nuclear Science and Technology (NS&T) Department is the eighth recipient of the Don Miller Award, given periodically by a division of the American Nuclear Society (ANS).  The award was presented in June by the Society’s Human Factors, Instrumentation, and Controls Division at the ANS annual meeting in San Antonio.

Named for Don W. Miller, professor and distinguished program chair at the Ohio State University Nuclear Engineering Program and past ANS president, the award is given to an individual who has made recognized contributions to the advancement of the fields of nuclear instrumentation, control, and human-machine interface technology.

O’Hara has worked at Brookhaven Lab for 26+ years in the area of work generally called Human Factors.

“I’m interested in how people solve problems in complex systems” he said. “I look at the integration of people, usually operators, into complex systems like nuclear power plants and other real-time, dynamic systems. The goal is to design these complex systems so that the operators don’t make mistakes (or as few as possible).”  This is accomplished by ensuring that the staff is organized to understand quickly what’s going on, and able to formulate a plan to handle an emergency if it comes up.

“That’s basically an information processing question,” O’Hara said  “Through their interactions with the displays and controls is how they gain an understanding of the plant state.”

O’Hara, who has a Ph. D. in cognitive psychology, has worked in the human factors area for his entire career. Prior to coming to Brookhaven, he worked at Grumman on the same issues.

For the past 20 years at Brookhaven, he has been researching how to most effectively design the computerized systems that exist today in most control rooms for the people who will work there. Engineers focus mainly on designing reliable hardware and software and the human factors practitioner is the part of the design team that develops the user interfaces to the system.

“We want to design those control room resources in ways that support crew information processing,” he said. “From our research, we’ve developed guidelines and principles in how to best do this.  We’ve developed the review criteria that are used by the U.S. Nuclear Regulatory Commission to do reviews of power plant control rooms. We developed a whole methodology, which has become their standard review process. That approach has been picked up and is used around the world and by many other regulatory authorities.”

“The flip side of that is that the designers can use the same processes and guidance to help them to design the plants,” he said. “That’s what led to the award.”

NSTD’s Jim Higgins has worked with O’Hara for many years, often as his group leader.

“I am always impressed with John’s knowledge of his field and his careful and thoughtful application of the scientific process,” he said. “John is heavily relied upon by our Department’s major sponsor, the U.S. Nuclear Regulatory Commission, for his human factors engineering expertise.  His work has contributed notably to improving nuclear safety in the United States and abroad.”