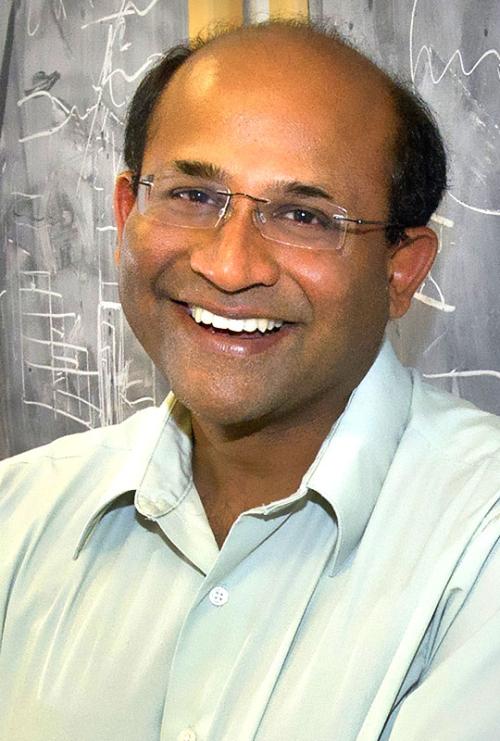 My interests are primarily in QCD, with a focus on the theory at high energies, where quarks and gluons display novel interesting collective many-body behavior; one example is the strongly interacting quark gluon plasma (QGP) produced in heavy ion collisions at RHIC and at the LHC.

I am interested in how quantum states that generate this matter look like in nuclear wave functions—their properties can be described as a Color Glass Condensate (CGC). When two CGCs collide, they shatter to form a highly non-equilibrium Glasma state. In strong analogy with inflationary dynamics in the early universe, quantum fluctuations play an essential role in thermalizing quark-gluon matter and in generating long range rapidity correlations. Remarkably, experiments at RHIC and LHC are able to extract finger prints of such dynamics, providing insight into how strong color fields thermalize into the QGP.The CGC can also be probed directly in deuteron-gold collisions at RHIC and in p+A collisions at the LHC. Further precision studies in the future are feasible with an Electron Ion Collider (EIC).

The EIC is a project I have been involved in since its very inception; an early incarnation was eRHIC, the idea being introducing an electron beam into the RHIC tunnel, facilitating high energy colllisions of electrons with polarized electrons and heavy nuclei. We organized the first eRHIC workshop at BNL on December 3-4, 1999, and a little over 20 years later,  the EIC is an approved DOE project under construction at BNL. First collisions are expect in the early 2030s, and a growing EIC community is actively developing the science case for this collider.

I am also interested in the interdisciplinary connections of QCD at high energies to other areas of physics, and have published several papers exploring various features of QCD at high energies to physical phenomena ranging from the Planck scale to the physics of ultracold atoms. With on-going discoveries at RHIC and the LHC, and active plans for future facilities, the study of collective phenomena in QCD (the most perfect theory known) is a vibrant sub-field of physics.

For more details on my research, see my recent reviews on high energy QCD: