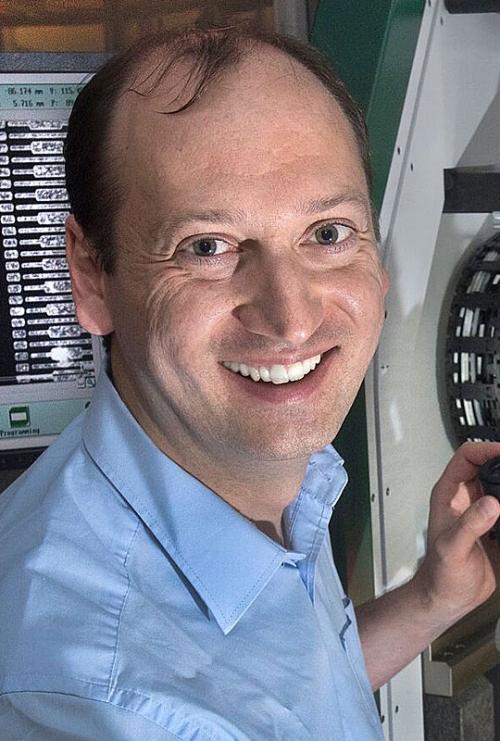 Alessandro Tricoli joined Brookhaven National Laboratory (BNL) in 2016 as a high-energy physicist. He received his undergraduate degree in Physics from the University of Bologna, Italy, and his Ph.D. from Oxford University, UK. He worked at Rutherford Appleton Laboratory (RAL), UK, and at CERN, Switzerland.

Alessandro has been a member of the OPAL Collaboration, at the CERN’s LEP collider, and, since 2002, of the ATLAS Collaboration at the CERN’s Large Hadron Collider (LHC), that in 2012 discovered the long-sought Higgs boson.
Alessandro was awarded in 2017 the prestigious “Early Career Award” from the U.S.A. Department of Energy (DOE) for a project with the ATLAS experiment. His work aims to improve the understanding of the Standard Model (SM) of particle physics, in the strong and electroweak sectors, and to indirectly search for exciting new physics beyond the SM by looking for data anomalies with respect to SM predictions. Alessandro contributed to the construction of the current ATLAS semiconductor strip tracking detector and plays an important role in its on-going upgrade for the High-Luminosity LHC. His research activities include the R&D on novel silicon technologies capable of precision particle tracking and timing to tease out new physics signals from background events, that could also have a profound impact on the development of future instruments in several scientific applications, such as photonics, imaging, quantum information etc. He is author of multiple publications within the OPAL and ATLAS Collaborations as well as on detector R&D.

Alessandro has extensive experience coordinating large groups of scientists on physics analyses, as well as detector R&D and operations, e.g. the ATLAS Standard Model and a few trigger groups, as well as the Energy Frontier group in the 2020-2021 HEP Community Planning, a.k.a. Snowmass, for the American Physical Society (APS). He is also active in ATLAS internal reviewing of scientific papers, participates in several national review panels for BNL and DOE, and serves as peer-reviewer for several international journals of Physics as well as for Oxford University Press.

He is passionate about teaching, supervising, tutoring and mentoring young physicists, and is active in science outreach.

2001       University degree in Physics at the University of Bologna, Italy.

2017              Recipient of Department of Energy (DOE) Early Career Award for the   project titled “Unveiling the electroweak symmetry breaking mechanism at ATLAS and at future experiments with novel silicon detectors”, a $5M award.