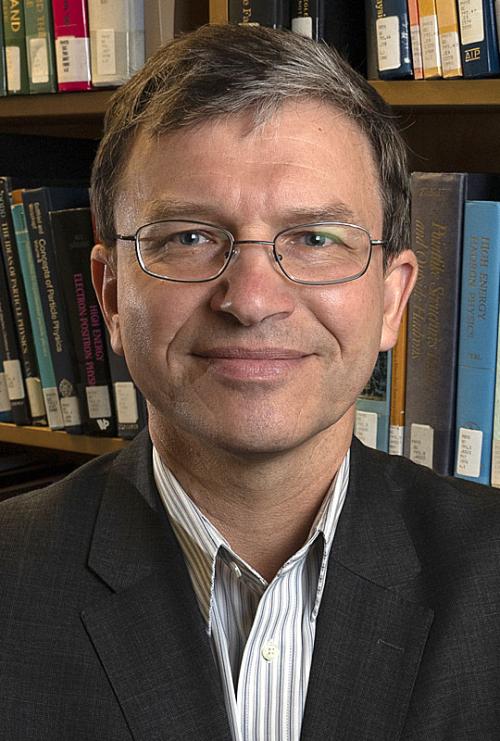 Denisov is responsible for Brookhaven’s strategic planning in high energy physics and oversees a wide range of particle physics projects at the Lab that explore the universe at its smallest and largest scales.

Since joining Brookhaven, Denisov’s first initiative was to refine the Lab’s long-term strategy for high energy physics research. In a field of science where experiments often run for decades, and a single discovery can rewrite an entire science program, it is challenging to plan ahead.

Before coming to Brookhaven Lab, Denisov spent 25 years at Fermilab. He’s best known for serving as the spokesperson for the DZero experiment, which used Fermilab’s Tevatron collider to study the interactions of protons and antiprotons. The DZero collaboration, together with CDF collaboration, is credited with discovering and studying the top quark, the heaviest elementary particle known, and was awarded the European Physical Society prize earlier this year. Strong contributions from Brookhaven’s DZero group were critical for the success of the experiment.