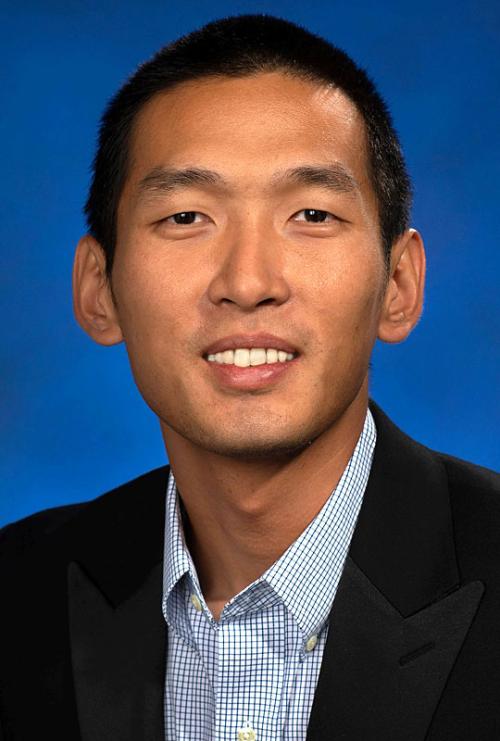 My name is Kong, and I am an experimental nuclear and particle physicist. Currently, I am working on the newly formed EPIC experiment at the Electron-Ion Collider (EIC), and the STAR experiment at the Relativistic Heavy-Ion Collider (RHIC) at Brookhaven National Laboratory. My physics interests are centered around a fundamental question in Quantum Chromodynamics (QCD) - color confinement. We know very well that quarks and gluons are permanently confined inside hadron, yet we do not know details about how it manifests itself in many fundamental QCD phenomena. Apart from its theoretical challenge, famously known as one of the Millennium Prize Problems by the Clay Mathematics Institute, I have been working on answering this fundamental question using cutting-edge experiments at RHIC and at the EIC.

I am also an enthusiast and strong believer in science advancement through education. As a national lab scientist, I feel equally responsible for our next generation as university faculties, where unique opportunities, environments, and support are available from our day-to-day scientific activities. Developing a diverse, equal, and inclusive community in science is part of my scientific mission at Brookhaven. Undergraduate and graduate students, domestic and international, minorities and underrepresented groups, are all welcome in our research group. In addition, I am a mentor in the Department of Energy SULI Summer program at Brookhaven National Lab. (https://science.osti.gov/wdts/suli)

Personally, I love to travel and see the world, and my hobbies include surfing, climbing, skiing, sailing, and campervan building. I learn science through my hobbies, and I learn my hobbies through science. Ask me how sailing or surfing or highway traffic help me think of problems in high energy physics! Nature is fun.

The theory of strong force is known as Quantum Chromodynamics, which describes the interaction between quarks and gluons. In the modern era, from astrophysics, neutron star physics, to nuclear and particle physics, understanding the fundamental questions of QCD, e.g, how matter forms in our universe, is one of the most important scientific missions for humankind.

My primary research lies in the area of an intersection between high energy Heavy-Ion (HI) physics and the Deep Inelastic Scattering (DIS) physics, which both can shine light on how matter forms in our universe, but from very different angles. On the one hand, we believe that at the beginning of our universe, after the Big Bang, it was at an extremely high temperature with only quarks and gluons. During the quick expansion, the universe also cooled down, which eventually formed particles, visible matter, stars, galaxies, and finally us. HI physics is to study matter under such extreme conditions, which can tell us what happened at the beginning of all and its evolution. On the other hand, DIS physics studies the detailed binding of matter and what we are actually made of, e.g., the origin of mass, spin, etc. Understanding both aspects of QCD, usually denoted as hot and cold QCD, is essential for understanding our universe.

Experiments that my group are involving:

Gluonic Structure of the deuteron

In a measurement published in Phys. Rev. Lett. 128, 122303, the STAR Collaboration has reported a result on colliding high-energy photons with gluons inside the deuteron. It has provided a first glimpse of the gluonic structure of the simplest atomic nucleus. The momentum distribution of gluons, measured through the J/ψ particle’s momenta, reflects the spatial distribution of gluons inside the nucleus. In addition, the breakup of the deuteron associated with the J/ψ particle probes the gluon dynamics of the nucleon-nucleon interaction, laying the foundation for its precision measurement at the upcoming Electron-Ion Collider.

EPR paradox and quantum entanglement in particle physics. For the first time, we have observed an experimental hint of quantum entanglement of partons inside of proton. From a naive parton model, the probed region and the proton remnant is expected to be casually disconnected, very similar to the idea given by Einstein–Podolsky–Rosen in 1935, famously known as "EPR" paradox. However, the color confinement, one of the most outstanding problem in modern physics, tells us the quarks and gluons are entangled inside the proton. This "apparent" paradox could be resolved by what we have observed in terms of entanglement. In addition, the use of entanglement entropy in this work can be important for understanding the non-perturbative QCD of the hadron structure. For more information about entanglement in general, check out a great documentary Youtube video, https://www.youtube.com/watch?v=Mn4AwineA5o.

It was predicted that the Chiral Magnetic Effect (CME) might exist in heavy ion collisions at high energy. The implication for discovery of such an effect is huge, e.g., the non-trivial topological charge fluctuations in the vacuum, quark deconfinement, chiral symmetry restoration, the largest magnetic field trapped in the hot Quark-Gluon-Plasma. Proving any of this will be a major discovery by heavy ion experiments. At the beginning, the STAR experiment thought they have discovered this effect, where none of the background that people had thought about can reproduce the experimental data. Not until 2016-2017, our results from the CMS experiment at the LHC using a novel idea of proton-lead (pA) collision showed something totally unexpected from the picture of the CME. The result has unambiguously shown that the background contribution to this effect is dominant, and it's far from discovery of the CME. Later, we have set the upper limit for CME at LHC energies, which is still the most precise measurement to-date. The impact of the study has provided guidances and ideas to the search for CME at RHIC, especially the Isobar experiments.