Talk on RHIC as a User Facility at AAAS Meeting 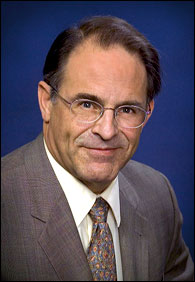 EVENT:Samuel Aronson, Associate Laboratory Director for High Energy and Nuclear Physics at the U.S. Department of Energy's Brookhaven National Laboratory, will give a talk on conducting science at the Relativistic Heavy Ion Collider (RHIC), the world's premiere facility for nuclear physics research, as part of a AAAS symposium titled "User Facilities and the U.S. Science and Technology Enterprise: A Great Opportunity."

DETAILS: Maximizing the value of scientific "user facilities," where hundreds or thousands of researchers go to do their work, is a cross-disciplinary grand challenge that could lead to great opportunities. The largest scale on which fundamental nuclear physics research is being conducted today requires facilities that can support scientific collaborations comprising hundreds of scientists, engineers, and technicians over a period of a decade or more to build and operate sophisticated detectors. The Relativistic Heavy Ion Collider (RHIC) at Brookhaven Lab is an example of how such an enterprise can be successfully undertaken, resulting in stunning scientific output and a worldwide reputation for excellence.

Sam Aronson will present an overview of the scientific program and the style of operation at RHIC, noting how it differs from that found in large facilities that serve other types of research in condensed matter physics, astronomy, and smaller-scale nuclear and particle physics.

Background materials will available in the AAAS newsroom on February 13, 2006, at: http://www.eurekalert.org/aaasnewsroom/2006/index.php. Information about the substance of the talk is embargoed until 3:30 p.m. on February 17, 2006.