UPTON, NY - Four physicists from the U.S. Department of Energy's (DOE) Brookhaven National Laboratory - three currently working at the Lab and one retired - have been awarded the distinction of Fellow by the American Association of the Advancement of Science (AAAS). Sally Dawson, Derek Lowenstein, John Tranquada and Gordon Danby will be among 449 AAAS members to receive this honor for their scientifically distinguished efforts to advance science or its applications. The new Fellows will be presented with their award on February 17, at the 2007 AAAS annual meeting in San Francisco. 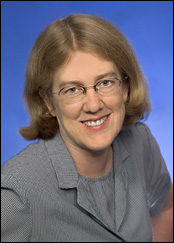 Sally Dawson was cited for "distinguished research in elementary particle physics and exemplary community leadership." As a theoretical physicist, Dawson has spent a large part of her career determining the characteristics of a hypothetical particle called the Higgs boson. She also helped formulate predictions for the top quark, an elementary particle discovered at the Tevatron collider at DOE's Fermi National Accelerator Laboratory (Fermilab) in 1995.

Dawson has served on many professional committees, including the American Physical Society's (APS) Division of Particles and Fields, which she chaired in 2004, and, recently, she was vice chair of the National Academy of Sciences' "Committee on Elementary Particles in the 21st Century."

After earning a Ph.D. in physics from Harvard University in 1981, Dawson worked at Fermilab and DOE's Lawrence Berkeley National Laboratory before joining Brookhaven in 1986 as an assistant physicist. She rose through the ranks to become Chair of the Physics Department in 2005. An APS Fellow, Dawson was honored by the Town of Brookhaven as woman of the year in science in 1995. 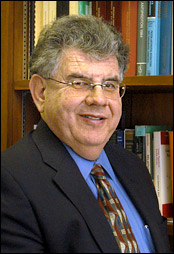 Derek Lowenstein was cited for his "leadership in operating the accelerators at Brookhaven National Laboratory, including the Relativistic Heavy Ion Collider (RHIC), the NASA Space Radiation Laboratory and the Alternating Gradient Synchrotron, at a very high level of performance."

Since 2000, RHIC, a unique, world-class physics facility, has been recreating conditions of the early universe to study the properties of matter that existed at the first millionth of a second after the Big Bang. Physicists have made the intriguing discovery that this first form of matter may have been a "perfect liquid."

Operating since 2003, the NASA Space Radiation Laboratory (NSRL) at Brookhaven simulates the harsh cosmic and solar radiation environment found in space. Research at the facility into the biological effects of space radiation will help assess risks to astronauts so that adequate preventive measures can be designed.

Since 1960, the Alternating Gradient Synchrotron (AGS) has been one the world's premiere accelerators, well known for three Nobel Prizes won as a result of research performed there. The AGS is the injector for RHIC.

Lowenstein received a Ph.D. in physics from the University of Pennsylvania in 1969. After holding a postdoctoral fellowship at the university, he joined the University of Pittsburgh as a research associate in 1970. He came to Brookhaven Lab in 1973 as an assistant physicist, and he was promoted several times before becoming Chair of the Alternating Gradient Synchrotron Department, 1984-1999, then Chair of the Collider-Accelerator Department, from 1999 to the present. An APS Fellow, Lowenstein is a principal investigator at the NSRL and has served on numerous national and international science policy committees. 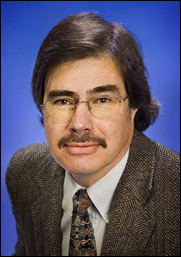 John Tranquada was recognized for "his outstanding neutron-scattering studies of the charge and spin ordering in the high-temperature-superconducting cuprates and related materials." Most superconductors - materials with no electrical resistance - have to be cooled to almost absolute zero (minus 459.67 degrees F) before becoming superconducting. But copper-oxide compounds, called cuprates, show superconducting properties at the relatively high temperature of minus 220 degrees F.

In neutron scattering experiments at Brookhaven's High Flux Beam Reactor in the 1980s, Tranquada and others discovered that the parent compounds of the superconducting cuprates exhibit antiferromagnetism, a condition in which adjacent magnetic atoms have their magnetic north poles pointing in opposite directions. A decade later, Tranquada and his colleagues found evidence that the electronic structure of high-temperature superconductors consists of fluctuating strings of charge, known as stripes, a concept that is increasingly influencing the current models of these materials.

Tranquada received a Ph.D. in physics from the University of Washington in 1983. He did postdoctoral research at Brookhaven Lab from 1983 to 1986, and he joined the Laboratory as an assistant physicist in 1986. He became leader of Brookhaven's Neutron Scattering Group in 1998, and senior physicist in 2000. A Fellow of the APS, Tranquada has received numerous honors, including a DOE Award for Outstanding Scientific Accomplishment in Solid State Physics in 1988, and the Sustained Research Prize from the Neutron Scattering Society of America in 2006. 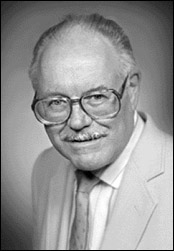 Danby assisted in the design and construction of high-performance and superconducting magnets for the AGS, the world's largest particle accelerator when it began operating in 1960. His most recognized contribution to accelerator magnet technology is the idea of using separate bending and focusing magnets for the Tevatron collider at Fermilab. All newly built accelerators use this type of magnet technology. Danby also played a major role in designing a superconducting magnet that is the world's largest in diameter for the muon g-2 experiment at Brookhaven, in which an international team of physicists made one of high-energy physics' most precise measurements: how the spin motion of subatomic particles called muons is affected as they move through a magnetic field.

On a more practical level, Danby's work with the Long Island-based Fonar Corporation led to the first use of magnetic resonance imaging in open and upright medical scanners. Together with James Powell, a retired Brookhaven Lab nuclear engineer, Danby invented the concept of superconducting magnetically levitated (Maglev) trains. These trains have been built in Japan and Germany and may be used for high-speed transport in the U.S.

A native of Canada, Danby received a Ph.D. in nuclear physics from McGill University in 1956. He joined Brookhaven Lab in 1957 as an assistant physicist, and he was a senior physicist when he retired in 1999. A Fellow of the APS, in 1983 Danby was honored with the New York Academy of Sciences Boris Pregel Award for Applied Science and Technology for his contributions in accelerator physics and superconducting magnet technology. In 2000, Danby and Powell were awarded the Benjamin Franklin Medal in Engineering by The Franklin Institute for their invention of Maglev trains. Currently, Danby is a research professor at Polytechnic University in Brooklyn, NY.