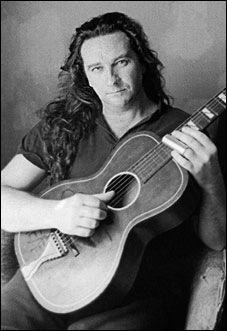 UPTON, NY — The eighth annual “Gathering of the Slides,” a blues concert featuring the Kerry Kearney Band, Kane Daily and TaleWaGon , and Lonesome Dan and the Curmudgeons, will be held at the U.S. Department of Energy’s Brookhaven National Laboratory on Saturday, January 23 at 8 p.m. in Berkner Hall. Sponsored by the BNL Music Club, the concert is open to the public. All visitors to the Laboratory 16 and older must bring a photo I.D.

Back for an eighth year at Brookhaven, Kearney performs his unique brand of upbeat blues and electrifying slide guitar that he calls "Psychedelta." The Kerry Kearney Band has performed at music festivals across the country and internationally, and has received the Long Island Sound Award (LISA) from the Long Island Music Hall of Fame. Band members include Kearney on guitar and vocals, Frank Celenza on bass, Eileen Murphy on drums, Charlie Wolf on harmonica, and Tony Campo on keyboard.

Kane Daily is singer, songwriter, and guitarist for TaleWaGon, a blues/rock group based on Long Island. Daily is best known for his delta-style blues on acoustic and slide guitar. Lonesome Dan and the Curmudgeons perform music that can be described as Americana, as well as a combination of blues and rock. The band’s website states that they make music “for baby boomers who have survived the middle class meat grinder with their sense of humor intact.”

Tickets are $15 in advance and $20 at the door. A limited number of Golden tickets are available for $30. Golden tickets come with dinner, a meet and greet with the bands, and a limited edition signed poster for the event. Tickets can be purchased through www.ticketweb.com or at the door. Advance ticket purchase is recommended because “Gathering of the Slides” concerts have been sold out in the past. For more information, call 631 344-3846.

The Laboratory is located on William Floyd Parkway (County Road 46), one-and-a-half miles north of Exit 68 of the Long Island Expressway.