UPTON, NY — While visiting Brookhaven National Laboratory (BNL) today, DOE Deputy Secretary Daniel Poneman announced that the U.S. Department of Energy (DOE) and BNL have reached a major milestone in the cleanup of the Brookhaven Graphite Research Reactor (BGRR). As a result of $30.5 million in American Recovery and Reinvestment Act funding designated for the BGRR decommissioning, DOE and BNL were able to accelerate and complete the most difficult part of the decommissioning process — safely removing more than 700 tons of radioactive graphite from the core of the reactor — while providing jobs for approximately 175 workers. 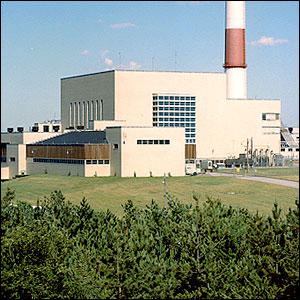 “Today represents a significant milestone in the Department of Energy’s cleanup efforts at Brookhaven National Laboratory, and we are on track to complete the overall site cleanup next year,” said Deputy Secretary Daniel Poneman. “The investment we’ve made here through the Recovery Act is having a big impact, both accelerating the cleanup of the Brookhaven Graphite Research Reactor and putting people to work here in the community.”

“This stimulus-funded project is putting Long Islanders to work and protecting our environment,” said Congressman Tim Bishop. “Cleaning up this reactor also solidifies Brookhaven National Lab as a good neighbor and valuable asset in the community.”

“Completing the decommissioning of this reactor has been a primary goal for us and for our local community since the very start of the cleanup program here,” said Mike Holland, DOE-Brookhaven Site Office Manager.“We couldn’t have gotten to this point without the ongoing support of our local, state, and federal elected officials, the regulatory agencies, and the community.”

During his visit, Deputy Secretary Poneman also announced that BNL will receive an additional $28 million in Recovery Act funding from DOE’s Office of Environmental Management to enable the completion of the legacy cleanup at the site. The additional $28 million will help fund the final stages of the project – dismantling the concrete and steel “biological shield” that surrounded the graphite cube, removing the complex’s 100-meter tall “stack,” and placing an impermeable cap around the base of the building. The entire project is scheduled to be completed in 2011.

Including the funds announced today, BNL has received a total of $70.5 million through the Recovery Act to help clean up the Graphite Reactor and other radiologically contaminated facilities and structures on the Lab site.

The Graphite Reactor, which operated from 1950 to 1968, was the world’s first reactor designed and built solely for peaceful research purposes. It produced large quantities of neutrons – a type of subatomic particle – that scientists used to study the atomic structure of a wide range of materials, leading to advances in physics, materials science, and medicine.

At the reactor’s core was a 25-foot cube of graphite made up of more than 60,000 individually machined graphite blocks. These blocks — which slow down the neutrons within the reactor — became radioactive as a result of normal operations. As a result, removing the blocks posed a significant engineering challenge to the decommissioning team, which began its work in February using a remote-controlled excavator and crane.

Using the excavator, workers loaded the graphite blocks into “super sacks” made of a heavy-duty polypropylene that were then transferred into steel shipping containers by crane. The project team filled approximately 250 of these boxes, which are now being shipped to the Nevada Test Site for disposal.

“This is a unique project, as the graphite reactor is the first reactor of its size to undergo removal of its graphite core,” said George Goode, BNL’s Assistant Laboratory Director for Environment, Safety & Health. “The project team came up with a unique solution for safely removing the graphite, and our experience here is being used as a case study for other planned graphite reactor decommissioning projects across the DOE complex.”

The Department of Energy’s cleanup operations as part of Graphite Reactor decommissioning have also included a range of interim steps, such as removing above-ground concrete air ducts, removing equipment from an associated ventilation building, removing exhaust filters and the primary liner from below-ground air ducts, and disposing of other contaminated equipment, pipes, and concrete structures.