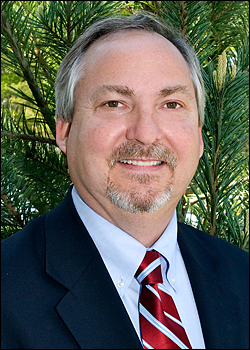 Overseeing 145 employees and an annual budget of $25 million, Goode is responsible for environmental protection and occupational safety and health at the Laboratory’s 5,300-acre site, including compliance with federal, state, and local regulations that protect the Laboratory’s approximately 3,000 employees, the public, and the environment. Reporting to Goode are the Environmental Protection Division, the Radiological Control Division, and the Safety & Health Services Division.

“My motto is ‘Safety First,’ and my goal is zero injuries at Brookhaven Lab,” Goode said. “That may be hard to achieve, but the intent is to get people to think about safety, both at work and at home, and to challenge themselves to prevent all injuries. Safety is a core value at Brookhaven Lab, and my goal is to raise our safety performance to a level equivalent to our world-class performance in science and technology.

“Protecting the environment is also part of my directorate’s mission, and I’ve learned from experience that the most effective and efficient way to protect the environment is through pollution prevention. Within the last decade, under my management and with the hard work and great ideas from many staff, the Laboratory has reduced waste by more than 70 percent, and is now recognized as a leader in environmental management in the DOE complex.”

In addition to his new management responsibilities, Goode also oversees environmental cleanup at the Laboratory, with responsibility for the decommissioning and cleanup of Brookhaven Lab’s two research reactors, the remediation of the Peconic River, and the achievement of the Laboratory’s groundwater cleanup goals. Goode will also continue to serve as a lead crisis manager for the Laboratory.

Goode earned a B.S. in biology from Dickinson College in 1979, and an M.S. in environmental technology from the New York Institute of Technology in 1995. From 1980 to 1991, he worked in various technical and managerial positions in Long Island industries, including the Raytheon Corporation, Sedco Systems Division, and the Suffolk County Water Authority.

Goode has received numerous awards for his work, including the White House Closing the Circle Award in 2001 and 2007, and the Brookhaven Award for Outstanding Service in 2001. He also won seven DOE Pollution Prevention Awards between 1995 and 2006.