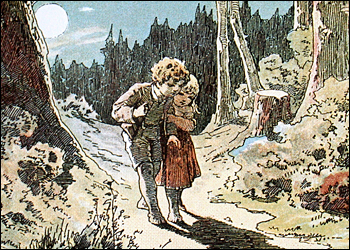 UPTON, NY — Stony Brook Opera will present a program of opera scenes with piano accompaniment at the U.S. Department of Energy's Brookhaven National Laboratory on Wednesday, November 17, at noon in Berkner Hall. Sponsored by Brookhaven Science Associates, the concert is free and open to the public. All visitors to the Laboratory age 16 and over must bring a photo I.D.

The program of scenes from French and German opera is centered around the theme of "Youth and Innocence Lost." The French scenes include the beautiful duet for Hero and Ursule from Act I of Berlioz's Shakespeare opera Béatrice et Bénédict, a duet for Soeur Constance and Soeur Blanche in Poulenc's Dialogues of the Carmelites, the duet for Micaëla and Don José from Act I of Bizet's Carmen, Siebel's aria from the garden scene of Gounod's Faust, a duet and a trio from Donizetti's La fille du régiment, and the scene for the Princess and the Child from Ravel's L'enfant et les sortilèges. All these scenes will be sung in the original French, except for the Poulenc.

The German scene is the end of Act I of Humperdinck's Hänsel und Gretel: the scene in which the two children, frightened because they are lost in the forest, see and hear terrifying sounds and images before they are lulled into sleep by a sandman, and then sing a beautiful prayer before sleeping. David Lawton, Professor of Music at Stony Brook and a well-known opera conductor, will conduct, and Metropolitan Opera soprano Jennifer Aylmer will direct the scenes.