Katherine Prestridge to Speak at Brookhaven Lab on “Clouds, Waves, and Supernovas,” March 15 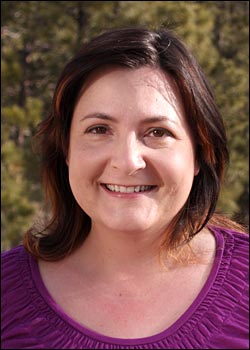 UPTON, NY − Katherine Prestridge, leader of the Extreme Fluids team at Los Alamos National Laboratory will give a talk entitled, “Clouds, Waves and Supernovas: Understanding fluid mixing in extreme conditions,” at the U.S. Department of Energy's Brookhaven National Laboratory on Thursday, March 15, at 4 p.m. in Berkner Hall. Sponsored by Brookhaven Women in Science (BWIS), the talk is free and open to the public. Visitors to the Laboratory age 16 or older must carry photo I.D.

Prestridge, who is the principal investigator for the horizontal shock tube, vertical shock tube, and turbulent mixing tunnel experiments, leads the Extreme Fluids team in the study of hydrodynamic instabilities, mixing, and turbulence. Under extreme circumstances such as these, fluid mixing and instabilities yield surprising effects that are not fully understood and are difficult to predict. In her talk, Prestridge will describe several types of fluid instabilities that are seen in everyday life that cause fluids to mix in space, the atmosphere, the ocean, and even in your coffee cup!

Her team performs experiments in the laboratory that recreate many of the conditions seen in an exploding supernova. By performing experiments in the laboratory, they are able to carefully control their experiments and make detailed measurements of velocity, density and pressure. These measurements help our understanding of turbulent mixing and how to predict complex phenomena using computer simulations. The team’s experimental measurements are the highest resolution in the world, and their results are leading international research in instabilities and mixing. This research is a top national priority for work at the National Ignition Facility in Livermore, California, where scientists are recreating the same fusion conditions found in stars in the hopes of creating a fusion energy supply on earth.

Prestridge received her Ph.D. in applied mechanics from U.C. San Diego in 1998, and her B.S. in aerospace engineering from Princeton University in 1992. She has been a scientist at Los Alamos National Laboratory since 1998. She received the Postdoctoral Publication Prize in 2001 for her publication of the first measurements of vorticity in a shock-driven flow. Prestridge also received the Department of Energy’s Defense Programs Award of Excellence in 2007 for her work on the horizontal gas shock tube, and the Los Alamos Star Award in 2008 for her leadership.

BWIS is a non-profit organization that actively works for the advancement of women at Brookhaven National Laboratory.