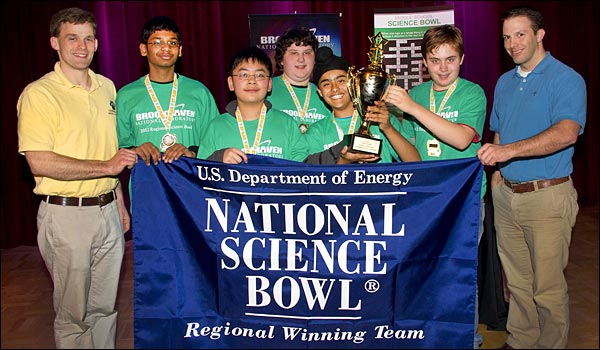 The competition was sponsored by Brookhaven Science Associates, the company that manages and operates the Laboratory for the U.S. Department of Energy. 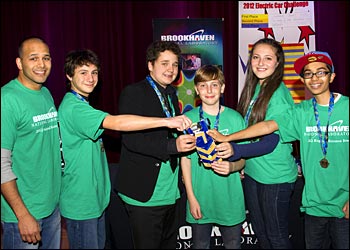 For the academic champions, the competition continues. As regional champions, the Commack Middle School team moves on to the National Science Bowl™ coordinated by the U.S. Department of Energy’s Office of Science, to be held in Washington, D.C., from April 26 – 30, 2012.

Each student on the winning teams received a medal, and each winning academic team received a trophy for its school.

By taking part in the “Jeopardy”-style academic contest and model electric car challenge, students are encouraged to excel in science and math and to pursue careers in those fields.