Physicists Sally Dawson and Howard Gordon to give talk on possible discovery of Higgs particle, July 25 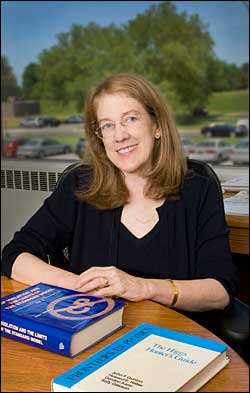 UPTON, NY — Sally Dawson and Howard Gordon, physicists at the U.S. Department of Energy's Brookhaven National Laboratory, will give a talk entitled, "A discovery! The Higgs? Why is this important? How it was done," on Wednesday, July 25, at 4 p.m. in Berkner Hall. Sponsored by Brookhaven Science Associates, the company that manages the Lab, the talk is free and open to the public. Visitors to the Laboratory age 16 or older must carry photo I.D.

Data collected during 2011 and 2012 at the Large Hadron Collider (LHC) at CERN in Switzerland, the world's highest-energy proton collider, has culminated in the discovery of a new particle that is about 135 times heavier than a proton. But is it really the Higgs particle predicted by the theory that explains the origin of the mass of most elementary particles in the universe? The discovery and its possible identity will be discussed by these two Brookhaven Lab physicists with deep roots in the hunt for the Higgs.

Dawson, a theoretical physicist, will review what the Higgs boson is in the context of the model that ties together all known particle interactions except gravity, and discuss why physicists are excited about its discovery. Dawson's research focuses on the Higgs boson and precision calculations of its properties. 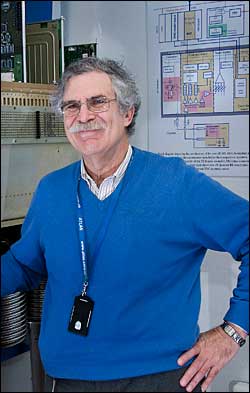 Gordon, an experimental elementary particle physicist who has conducted experiments at Brookhaven, Fermi National Accelerator Laboratory (Fermilab), Stanford Linear Accelerator Center, and CERN, will discuss how data from the LHC's massive ATLAS detector were collected and analyzed, resulting in the discovery of the new particle. Gordon's expertise is in hadron collider physics and detector development.

Dawson, the author of "The Higgs Hunter's Guide," served as the Chair of Brookhaven Lab's Physics Department from 2005-2007. She is a fellow of the American Association for the Advancement of Science (AAAS) and the American Physical Society (APS), and has served on many professional scientific committees, including the APS Committees on the Status of Women in Physics, the Division of Particles and Fields, and the National High Energy Physics Advisory Panel (HEPAP). In addition, Dawson has been a leader at many international physics conferences. In 1995, she was recognized by the Town of Brookhaven as "Woman of the Year in Science." She is credited with numerous scientific publications and has taught graduate level physics at Stony Brook University. Dawson received her Ph.D. from Harvard University in 1981 and came to Brookhaven in 1986, following post-doctoral fellowships at Fermilab and Lawrence Berkeley National Laboratory.

Gordon currently serves as the Deputy Chair of the Lab's Physics Department and is also the U.S. ATLAS Deputy Operations Program Manager. With over 500 scientific publications to his credit, he is a fellow of the AAAS and APS and served as the Chair of the Division of Particles and Fields. He has served on many Department of Energy and National Science Foundation review committees, including HEPAP. Gordon credits the success of this recent scientific discovery to the strong collaboration between approximately 3000 scientists, engineers, technical experts, and students from around the world who work on the ATLAS experiment, including more than 700 from the United States. Gordon received his Ph.D. from the University of Illinois and came to Brookhaven Lab in 1970.