Rita Z. Goldstein Wins Award for Research on the Effects of Drugs on the Brain 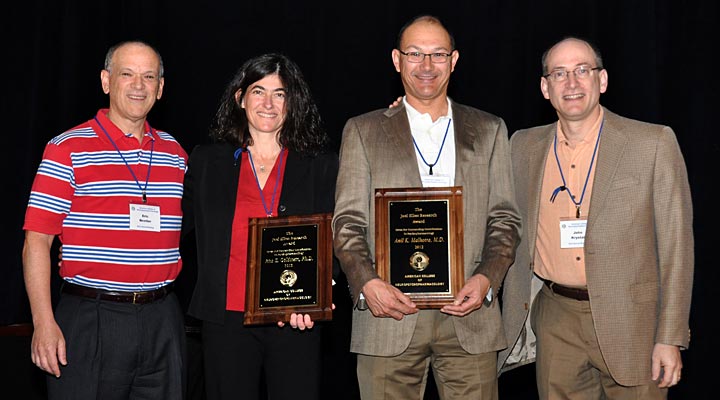 UPTON, NY — Brookhaven Lab’s Rita Z. Goldstein has won the Joel Elkes Research Award for her work on how drugs affect the brain and behavior. The award is given annually by the American College of Neuropsychopharmacology to a scientist 50 years of age or younger to recognize outstanding clinical contribution to the field. Goldstein was selected for her research advancing understanding of self-regulatory processes, or one’s ability to control and evaluate their actions, as they affect mental function and behavior in both healthy individuals and those suffering from disease, particularly drug addiction. The award was presented at the American College of Neuropsychopharmacology Annual Meeting in Hollywood, Florida, December 3, 2012. 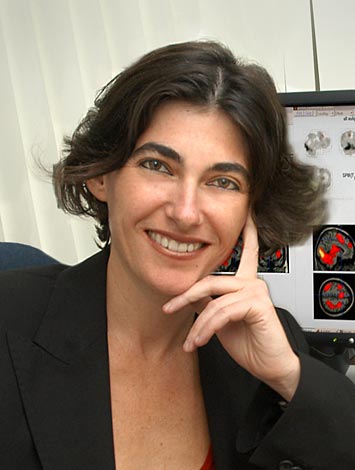 “I am thrilled to be receiving this award,” said Goldstein. “Nora Volkow, now the Director of the National Institute on Drug Abuse and previously a researcher at Brookhaven Lab, received this award in 1999. That was just after I joined the Lab as her post-doctoral fellow, starting my foray into the world of neuroimaging in addiction under her guidance.”

Goldstein expressed her gratitude to members of the current Brookhaven Neuropyschoimaging group, which she co-directs with Nelly Alia-Klein — including post-docs Scott Moeller and Muhammad Parvaz, graduate student Anna Konova, senior staff members Thomas Maloney and Patricia Woicik, and numerous undergraduate and high school students, as well as research volunteers and support staff — and Brookhaven’s entire medical imaging group, including Joanna Fowler, David Schlyer, and Gene-Jack Wang. “My work and productivity have been made possible by too many individuals to name; I am deeply grateful to everyone,” she added.

Goldstein’s research has focused on the brain-behavior relationships in human addiction and translating advances gained through this research to clinical treatment. Her particular emphasis is on how the brain’s decision-making/control centers in the prefrontal cortex and motivation circuits activated by the chemical dopamine and whether these activations affect drug-addicted individuals’ ability to change their behavior (i.e., stop using drugs), as well as their susceptibility to relapse.

In a series of studies that used both functional magnetic resonance imaging (fMRI) and electroencephalography (EEG) in parallel with neuropsychological tools, she has helped characterize the role of the prefrontal cortex in the impaired ability to control behavior in drug addiction. She was also among the first to report that addicted individuals show deficits in cognitive control and executive function as associated with glucose metabolism changes in the prefrontal cortex.

In another series of studies in her lab, Goldstein has shown that oral methylphenidate—a mild stimulant used to treat attention deficit hyperactivity disorder (ADHD)—can reduce impulsivity and normalize prefrontal cortical function in cocaine-addicted individuals. Additional research has focused on the role of reduced insight and self-awareness in drug addiction, identifying novel sensitive biomarkers for addiction, and the development of computational methods that can discriminate between drug-addicted individuals and healthy controls based on fMRI activation patterns.

“This award recognizes Goldstein’s exceptional ability to identify crucial and high impact research questions, and to develop entirely new approaches when tackling these questions not easily targeted using existing methods,” said David Schlyer, chair of the biosciences department at Brookhaven. “This demonstrates one of the traditional strengths of the National Labs to do basic research in the public interest. This basic research is highly significant because it has powerful translational implications for treating addictive disorders and allowing doctors to individually tailor intervention approaches to minimize relapse.”

This January, Goldstein and her team are moving to the Icahn School of Medicine at Mount Sinai in New York City. There, Goldstein will be a professor in the psychiatry department with a secondary appointment in the Friedman Brain Institute in the department of neuroscience. She will also serve as chief of the Neuropsychoimaging of Addiction and Related Conditions (NARC) research program, directing her lab in its continued use of multimodal functional neuroimaging to explore the neurobiological basis of impaired cognitive and emotional functioning in human drug addiction and other disorders of self-regulation.

“Our hope is that this research will lead to the development of intervention strategies that will improve treatment of drug addiction and other chronically relapsing disorders,” Goldstein said.