'Supernovae and the Discovery of the Accelerating Universe,' and 'Precision Measurements of the Hubble Constant and PASS' Free and Open to the Public 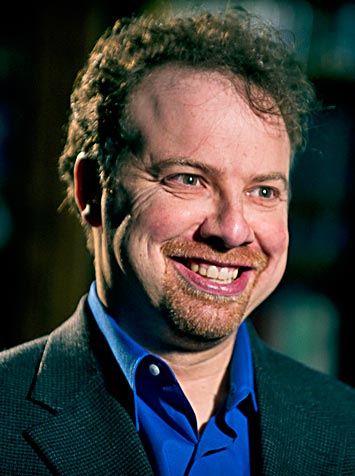 Riess' first lecture is titled "Supernovae and the Discovery of the Accelerating Universe." During this talk, Riess will discuss how his team of researchers discovered that the rate at which the Universe is expanding continues to increase, an achievement Science magazine named the "Breakthrough Discovery of the Year" in 1998. This phenomenon is attributed to the mysterious "dark energy" first postulated by Albert Einstein. All visible matter, from microbes and people to planets and stars, accounts for only about five percent of the Universe's mass-energy budget, while this dark energy accounts for another 75 percent. Riess will explain why understanding the nature of dark energy is one of the greatest challenges in astrophysics and cosmology today. 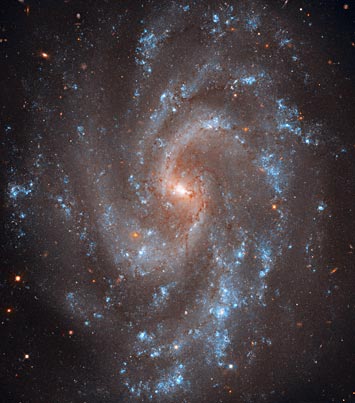 A composite image of the galaxy NGC 5584, made by exposures from the Hubble Space Telescope's Wide Field Camera 3 that Riess will discuss during one of his upcoming talks at Brookhaven Lab.

Riess' second lecture is titled "Precision Measurements of the Hubble Constant and PASS." He will begin this talk by explaining how the Hubble constant—the calculated rate the Universe is expanding—has remained one of the most important parameters for the cosmological model, a mathematical description of the Universe and how it has changed over time. Thanks to increasingly advanced instrumentation aboard the Hubble Space Telescope, scientists have a more precise Hubble constant value to constrain measurements for uncertainties in the cosmological model, including the nature of dark energy, the properties of particles called neutrinos, and the scale of departures from flat geometry. Some of the Hubble Telescope technology for which Riess will discuss recent and expected progress is the Wide Field Camera 3 and a new technique, Parallel Astrometric Spatial Scanning (PASS) for measuring "parallax" distances of more than 19 quadrillion miles in the Universe.

Adam Riess earned a bachelor's degree in physics from the Massachusetts Institute of Technology in 1992 and a Ph.D. in physics from Harvard University in 1996. Today, he is the Thomas J. Barber Professor in Space Studies at The Johns Hopkins University, the Distinguished Astronomer at the Space Telescope Science Institute, and a member of the National Academy of Sciences.

In 2011, Riess was named a co-winner of the Nobel Prize in Physics and awarded the Albert Einstein Medal for his leadership in the High-z Supernova Search Team's discovery that the expansion rate of the universe is accelerating.

Riess was also recognized with a number of other awards including a MacArthur Fellowship in 2008, the Gruber Foundation Cosmology Prize in 2007, which he shared, and the Shaw Prize in Astronomy in 2006.

About the George B. Pegram Lecture Series

Inaugurated in 1959, the Pegram lectures bring distinguished scholars to Brookhaven Lab to speak on topics of both scientific and general interest. Sponsored by Brookhaven Science Associates, the company that manages and operates the Laboratory for DOE, these lectures are free and open to the public. Visitors to the Laboratory 16 and older must bring a photo ID.