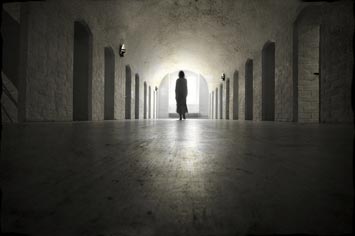 UPTON, NY — Stony Brook Opera will present a preview of its upcoming production of Benjamin Britten's opera, The Turn of the Screw, at the U.S. Department of Energy's Brookhaven National Laboratory on Wednesday, April 23, at noon in Berkner Hall. Stony Brook Associate Professor Timothy Long will host and conduct the performance. Sponsored by Brookhaven Science Associates, the event is free and open to the public. All visitors to the Laboratory 16 and older must bring a photo I.D.

The program will feature excerpts from the opera, sung by the cast for the production, and accompanied by pianists Annie Brooks and Matthieu Cognet. All of these young artists were applauded in Brookhaven's Berkner Hall last November when they appeared in Stony Brook Opera's program, "A Romantic Evening of Opera's Greatest Scenes."

The Turn of the Screw is a gripping psychological tragedy with supernatural overtones.  The libretto is based upon Henry James' famous novella with the same title. The opera takes place in an English country house during the middle of the 19th century. The guardian of two orphaned children has hired a young governess to tutor them and the young woman soon encounters the ghosts of the children's former governess and her illicit lover. The new governess does all she can to prevent the two ghosts from possessing the children, but only the girl is saved; the boy dies in her arms.

Stony Brook Opera's full production of this opera will take place at the Staller Center for the Arts at Stony Brook University, on Saturday, April 26, 2014 at 8 p.m. and Sunday, April 27 at 3 p.m. The production is envisioned as part of the worldwide tribute to Benjamin Britten during the 2013-2014 season, the centenary of his birth. The music is extraordinarily evocative and atmospheric, with telling psychological touches and the wonderfully expressive vocal writing for which Britten was well known.