The following news release was issued today by the U.S. Department of Energy. 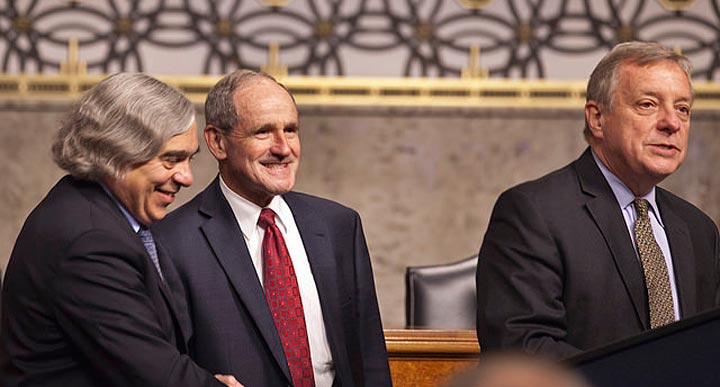 Washington, D.C. — Today, Secretary of Energy Ernest Moniz joined Senator Dick Durbin (D-IL) and Senator Jim Risch (R-ID) for National Lab Day on the Hill. The event highlighted several notable research projects from across the National Laboratory system. Senators Durbin and Risch also formally launched the Senate National Laboratory Caucus, which aims to increase awareness of the reach of the national labs as leaders in developing new breakthrough technologies and discoveries to address some of our nation's most pressing challenges.

"The National Labs continue to advance science, clean energy and nuclear security in this country, as they have for decades," said Energy Secretary Ernest Moniz. "The Labs also provide essential capabilities for university and industrial researchers – nearly 30,000 per year – and advance technology frontiers, such as high performance computing and advanced manufacturing." 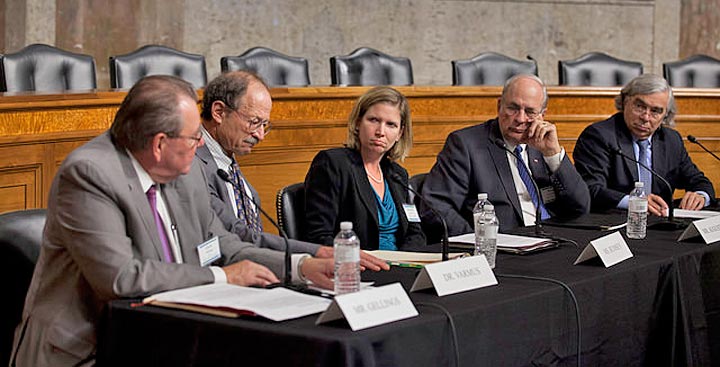 The program featured a panel discussion led by Energy Secretary Ernest Moniz with Clark Gellings, a fellow at the Electric Power Research Institute (EPRI); Harold Varmus, director of the National Cancer Institute; Jennifer Rumsey, vice president of engineering for Cummins, a worldwide engine manufacturing company; and Norm Augustine, former chairman and CEO of Lockheed Martin, who all highlighted the importance of the National Laboratories.

"Over the past 70 years, the Energy Department's national lab system has been an integral piece of American innovation and success. The world-class facilities serve as a meeting place for researchers from around the globe as they work to address our biggest challenges in energy, scientific discovery, and national security," said U.S. Senator Dick Durbin (D-IL). "I am proud to join Senator Risch in establishing the Senate National Laboratory caucus. By working together across the aisle, we can make certain that U.S. labs – like Illinois' own Argonne and Fermi – continue to build on their successes and remain world leaders in cutting edge research." 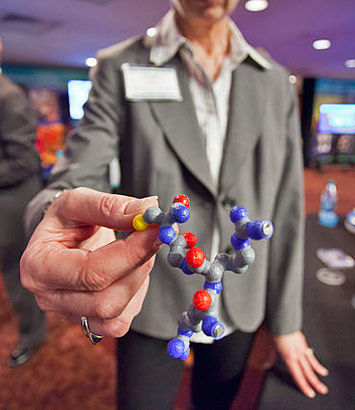 Brookhaven scientists designed this molecule to inhibit the botulinum neurotoxin, one of the deadliest known toxins, based on structures of the toxin they had determined using x-ray crystallography at the National Synchrotron Light Source.

"Department of Energy national laboratories from coast-to-coast contribute groundbreaking scientific research in a number of disciplines, including energy innovation, national security, and basic science research," said Risch. "In order to conduct this research, our national labs are equipped with unique assets – be it their location, one of a kind instruments or, most importantly, the world's leading scientists. My home state is fortunate to have the Idaho National Laboratory located in Idaho Falls, the nation's lead nuclear laboratory and a world leader in securing the ever-growing cyber network. I am glad to have the opportunity to join with Senator Durbin in co-chairing the Senate National Laboratory Caucus and furthering support of our national labs in the United States Senate."

Directors and representatives from all 17 of the Department of Energy National Labs were also on hand to showcase demonstration projects across five theme areas – energy innovation and environmental sustainability, manufacturing innovations, high performance computing, national security, and discovery science. Among the 14 demonstrations were: 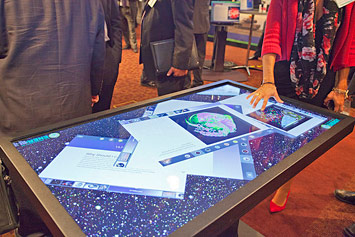 Brookhaven's Media & Communications Office helped design this large scale touch-table display featuring images from DOE-sponsored research on the nature of matter and energy at many points along a timeline of the history of the universe, from the Big Bang to the present, including the work at the Relativistic Heavy Ion Collider.

With origins in the Manhattan Project during World War II, the National Labs maintain multidisciplinary research capabilities with state of the art scientific tools and experts focused on some of the country's more important priorities in science, energy and national security. National Lab scientists have won 80 Nobel Prizes in the sciences and generated technological advances that have led to entire new industries.

For additional information about work at the National Labs, please visit energy.gov/labs.