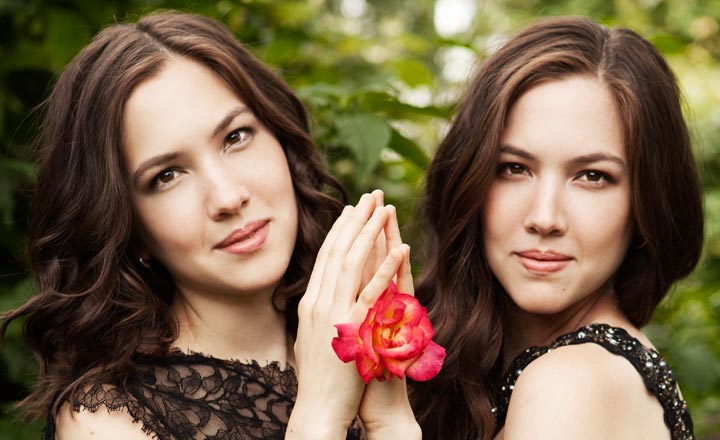 UPTON, NY — Pianists Christina and Michelle Naughton  will perform in concert at the U.S. Department of Energy's Brookhaven National Laboratory on Wednesday, October 22, 2014 at noon, in Berkner Hall. Sponsored by Brookhaven Science Associates, the event is free and open to the public. All visitors to the Laboratory 16 and older must bring a photo I.D.

Graduates of the Juilliard School and the Curtis Institute of Music and recipients of the Festorazzi Prize, the Naughtons released their first world-wide album in 2012. The album was praised by Der Spiegel magazine for "standing out with unique harmony, and singing out with stylistic confidence." Classics Today described the album as a "dynamic duo debut."

For more information about Christina and Michelle Naughton and to hear a sample of their music: http://www.christinaandmichellenaughton.com/media/