Over 190 high school students from 11 Nassau and Suffolk County high schools entered the competition, for which they designed, constructed, and tested model bridges intended to be simplified versions of real-world bridges. The challenge this year was to design the most efficient modern "double decker" bridge weighing less than 30 grams, with two loading planes, each with three load positions.

Michael Skolnick, a senior from Ward Melville High School, placed second with a bridge that weighed 12.93 grams with an efficiency of 2109.39. 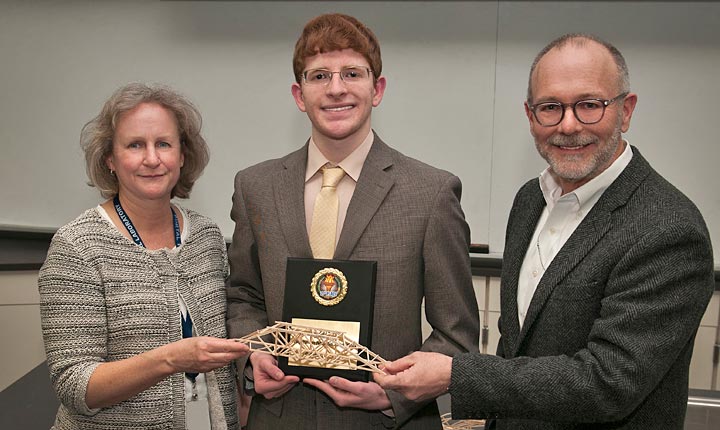 Third place went to Karina Hunstein, a 12th grade student from Smithtown East High School. Her bridge weighed 15.48 grams with an efficiency of 1477.39. Hunstein was also a repeat winner in the aesthetic category (she had garnered the aesthetic prize in 2014). 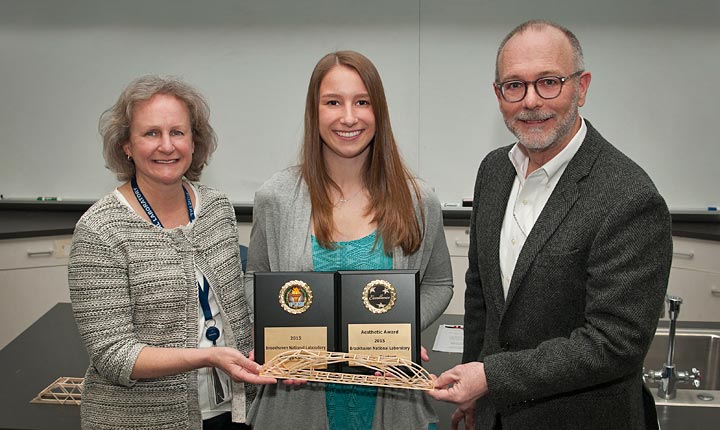 The construction and testing of model bridges promotes the study and application of principles of physics and engineering and helps students develop "hands on" skills. Students get a flavor of what it is to be an engineer, designing structures to a set of specifications and then seeing them perform their function.

At an awards ceremony held at the Lab on April 1, John Carter of the U.S. Department of Energy's Brookhaven Site Office, encouraged the students to pursue careers in science and engineering.  "We need future scientists, engineers, and leaders who can communicate how important those careers are to our nation, said Carter. "If these scientific competitions help students to embark on a career in science or engineering – mission accomplished."