UPTON, NY — On Thursday, July 23, 2015, Brookhaven National Laboratory will host the screening of Zoolander at the Cinema Arts Centre in Huntington, NY at 7 p.m. Zoolander is a 2001 film starring Ben Stiller, who plays the part of a dimwitted male fashion model and becomes prey for fashion designer Jacobim Mugatu (Will Ferrell) as part of a brainwashing scheme to assassinate Malaysia's prime minister. 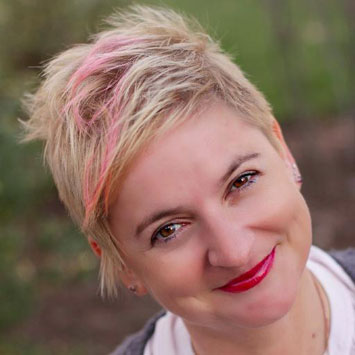 As part of the presentation, theoretical physicist Ágnes Mócsy will discuss the link between science and fashion. Mócsy will explore questions including: How does science play a role in the development of our society? Can science inspire fashion? Can fashion tell a science story?

"I enjoy communicating science to diverse audiences," said Mócsy. "From public lectures, to students, to speaking with elected officials, I find the correlation between science and fashion and art fascinating. I would love to get people thinking about the underlying connections between these themes."

But Mócsy isn't your ordinary physicist. She possesses a unique style both in and out of the classroom, lab, or lecture hall. As a visiting scientist in the RIKEN BNL Research Center's nuclear theory group at Brookhaven she is working with other researchers to gain a better understanding of the origin of matter and the universe.  She is a tenured faculty member in the Department of Mathematics and Science at Pratt Institute in Brooklyn, where she teaches physics and astronomy and has developed science-art-design fusion projects that allow non-scientific students to gain a better understanding of nature and the world we live in.

Mócsy earned her Ph.D at the University of Minnesota and continued as a postdoc at The Niels Bohr Institute in Copenhagen and as an Alexander von Humboldt Fellow at Goethe University in Frankfurt. She is a key speaker at the Lab's PubSci series that allows community members to chat with expert scientists over a drink. Mócsy, with one of her students, also developed an art exhibit, "Glamorous Gluons," currently on display in the physics department of Brookhaven Lab.

Even if you have already seen Zoolander, don't miss the opportunity to ask questions and listen to a new perspective on the connection of science to fashion and art.

About Science on Screen

Brookhaven National Laboratory has partnered up with the Huntington Cinema Arts Centre for its 2015 Science on Screen program.

Science on Screen gives experts in science, technology, and medical fields an opportunity to present classic, cult, or documentary movies that serve as a jumping off point to discuss their research, and is made possible by the Coolidge Corner Theatre Foundation with major support from the Alfred P. Sloan Foundation.