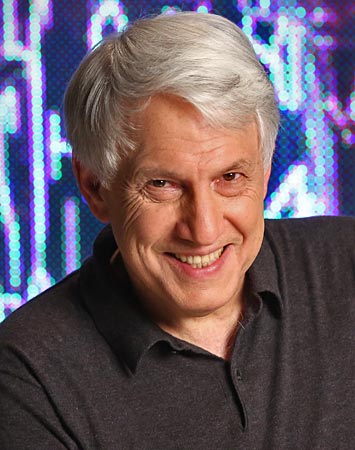 UPTON, NY — Andrei Linde of Stanford University—a scientist who made significant contributions in developing the inflationary theory that describes our universe's exponential expansion within the tiniest fraction of a second after the Big Bang—will give a BSA Distinguished Lecture at the U.S. Department of Energy's Brookhaven National Laboratory on Wednesday, Oct. 7. Linde's talk, titled "Universe or Multiverse," will be held in Berkner Hall at 4 p.m.

Early philosophers believed Earth was positioned in the center of the universe. Understandings changed as scientists determined that the sun is at the center of our solar system, and scientists now estimate our sun being one of billions of stars in a single galaxy with more than a hundred billion galaxies within the universe.

Today, many think of our universe as a single, uniformly shaped and continuously expanding spherical balloon—a cosmological model supported by observations using the world's most powerful telescopes. According to the inflationary theory Linde helped develop, however, the cosmos may be less like what has been observed, and more like a "multiverse" consisting of many different, exponentially large parts, each with their own laws of physics. 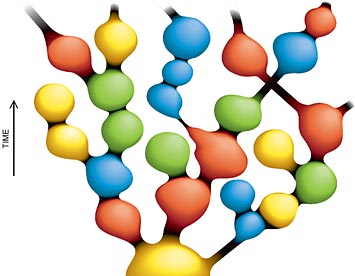 A model of the inflationary multiverse Linde will discuss during his BSA Distinguished Lecture at Brookhaven Lab on Wednesday, Oct. 7.

During his BSA Distinguished Lecture, Linde will discuss inflationary theory in light of recent observational data. He will also explain how a new cosmological theory of an inflationary multiverse, which is supported by developments in string theory, would change accepted views on the origin and global structure of our universe, as well as where and how we fit in it.

Linde has authored or coauthored more than 280 papers on topics including particle physics and cosmology, as well as two books, "Inflation and Quantum Cosmology" and "Particle Physics and Inflationary Cosmology." He has been honored with many prestigious awards and recognitions from institutions around the world, ranging from the Academy of Sciences of the Soviet Union's Lomonosov Prize in 1978 and the International Centre for Theoretical Physics' Dirac Medal in 2002 to the Breakthrough Prize for Fundamental Physics in 2012 and Kavli Prize in 2014. He was elected a member of the National Academy of Sciences in the United States in 2008 and the National Academy of Arts and Sciences in 2011.

Linde earned a Ph.D. from Lebedev Physical Institute in Russia in 1975 and continued his work there until 1989. He became a staff member at CERN in Europe in 1989 and a professor of physics at Stanford University in 1990. He was honored with the Harald Trap Friis Professorship at Stanford in 2008.

This BSA Distinguished Lecture is part of the Brookhaven Forum 2015, a workshop being held at Brookhaven Lab devoted to new developments in high energy physics with an emphasis on the latest data from the Large Hadron Collider at CERN.

Linde's lecture is scheduled to be webcast live and archived on WBNL.