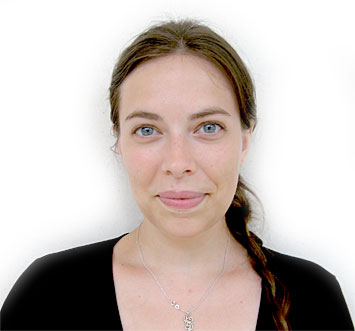 UPTON, NY — Jess McIver, a postdoctoral scholar in experimental physics at California Institute of Technology (Caltech) will give a talk, "LIGO and the Beginning of Gravitational Wave Astronomy," at the U.S. Department of Energy's Brookhaven National Laboratory on Thursday, September 22, at 4:30 p.m. in the Physics Department seminar room. Sponsored by Brookhaven Science Associates and Brookhaven Women in Science, the talk is free and open to the public.  All visitors to the Laboratory 16 and older must bring a photo I.D.

The Laser Interferometer Gravitational-Wave Observatory (LIGO) is designed to open the field of gravitational-wave astrophysics through the direct detection of gravitational waves predicted by Einstein's general theory of relativity. LIGO, a national facility for gravitational wave research, provides opportunities for the broader scientific community to participate in detector development, observation, and data analysis. LIGO consists of two widely separated interferometers within the United States—one in Hanford, Washington and the other in Livingston, Louisiana— operated in unison to detect gravitational waves. 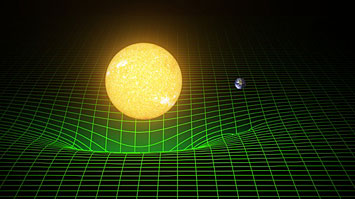 How our sun and Earth warp space and time, or spacetime, is represented here with a green grid. As Albert Einstein demonstrated in his theory of general relativity, the gravity of massive bodies warps the fabric of space and time—and those bodies move along paths determined by this geometry. His theory also predicted the existence of gravitational waves, which are ripples in space and time. These waves, which move at the speed of light, are created when massive bodies accelerate through space and time. Image Credit: T. Pyle/Caltech/MIT/LIGO Lab

McIver, who was based at the LIGO-Livingston detector in Louisiana at the time of the gravitational waves discoveries, will discuss the interface between the LIGO experiment instrumentation and astrophysical gravitational wave data analysis. The design and construction of LIGO was carried out by LIGO Laboratory's team of scientists, engineers, and staff at Caltech and the Massachusetts Institute of Technology (MIT) with collaboration from the over 80 scientific institutions worldwide.

McIver grew up near Schenectady, New York and earned degrees in physics and magazine journalism from Syracuse University. She wrote her dissertation on detecting gravitational waves with Advanced LIGO and received her Ph.D. in physics from the University of Massachusetts-Amherst in 2015.