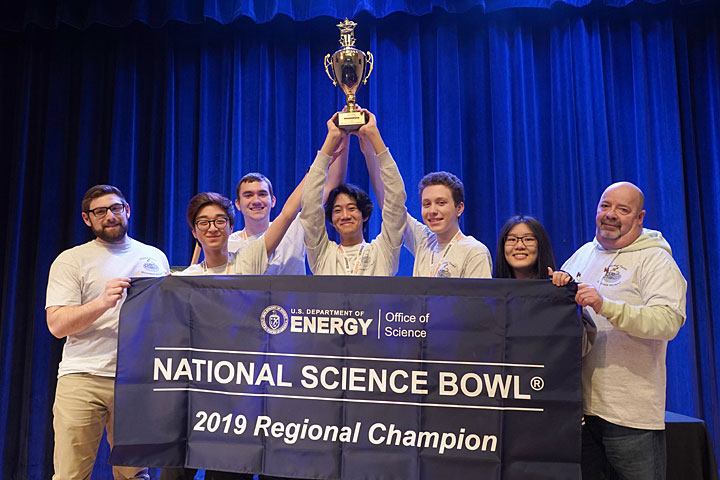 UPTON, NY – Levittown’s Island Trees High School garnered first place in the Long Island Regional High School Science Bowl held at the U.S. Department of Energy’s Brookhaven National Laboratory on Saturday, Jan. 26. Island Trees competed against 19 other teams from across Long Island in one of the nation's regional competitions of the 29th Annual DOE National Science Bowl® (NSB). As the winning team, they will be awarded an all-expenses-paid trip to the National Finals in Washington, D.C., scheduled for Apr. 25-29.

A series of 111 regional high school and middle school tournaments are being held across the country from January through March. Teams from diverse backgrounds are each made up of four students, one alternate, and a teacher who serves as an advisor and coach. These teams face off in a fast-paced question-and-answer format where they are tested on a range of science disciplines including biology, chemistry, Earth science, physics, energy, and math. The NSB draws more than 14,000 middle- and high-school competitors. 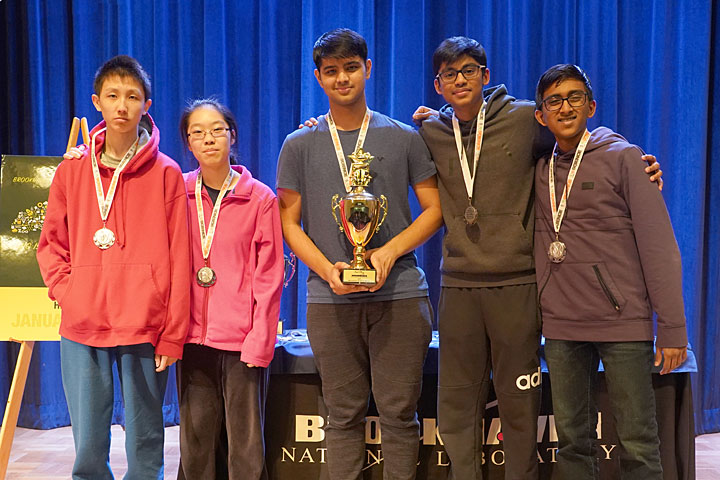 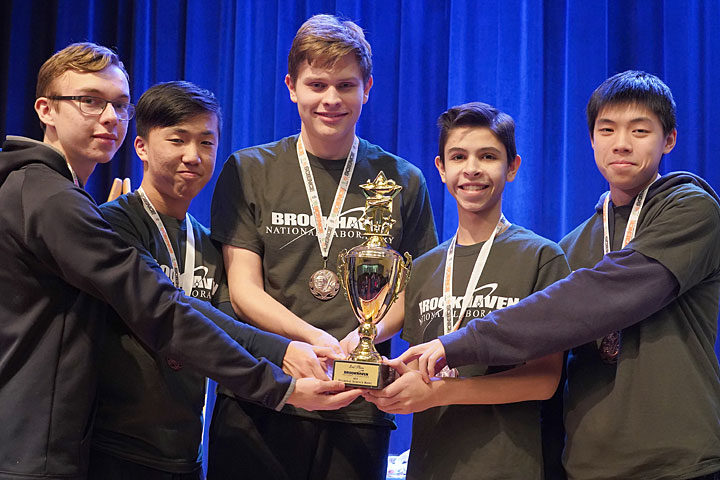 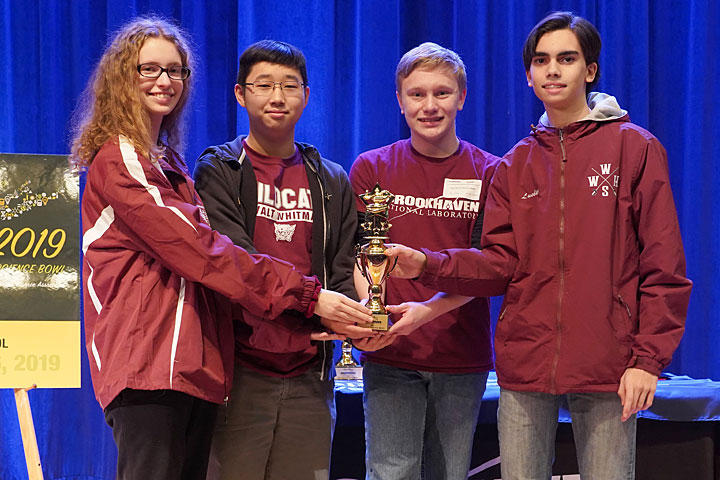 “The National Science Bowl® has grown into one of the most prestigious and competitive science academic competitions in the country, challenging students to excel in the STEM fields so vital to America’s future,” said U.S. Secretary of Energy Rick Perry. “I am proud to oversee a Department that provides such a unique and empowering opportunity for our nation’s students, and I am honored to congratulate Island Trees High School for advancing to the National Finals, where they will be competing against some of the brightest science, technology, and engineering students across the country.”

David Wendt, the team captain for Island Trees, said he and his teammates worked hard for the win. “We practiced often and challenged each other to help make our team as strong as possible. We’re happy our hard work paid off and we are looking forward to the competition in Washington D.C. where we will meet teams from across the country.”

Approximately 290,000 students have participated in the NSB since it was established in 1991, and it is one of the nation's largest science competitions.