BSA Distinguished Lecture on 8/20: The Science of Laughter 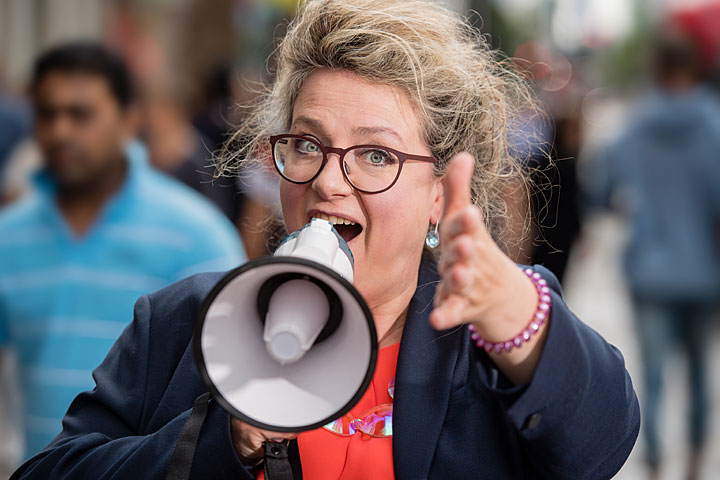 UPTON, NEW YORK — Neuroscientist and stand-up comic Sophie Scott of University College London will give a talk, "The Science of Laughter," at the U.S. Department of Energy's Brookhaven National Laboratory on Tuesday, Aug. 20. Her talk, a BSA Distinguished Lecture, will be held at 4 p.m. in Berkner Hall.

Sophie Scott is director of University College London's Institute of Cognitive Neuroscience, where she has also led the Speech Communication Lab since 2004. She is a professor of cognitive neuroscience at the university and earned her Ph.D. in cognitive science there in 1994.

Scott's TED talk, titled "Why We Laugh," has been viewed online more than 3.7 million times. She has authored or co-authored more than 130 refereed journal articles and has written more than 20 articles for mainstream media, including The Guardian and BBC.  Scott has served on the editorial board of the journal Cognitive Neuroscience; as associate editor for The Psychologist, Brain and Language, and Quarterly Journal of Experimental Psychology; and editor of Neuropsychologia's Language section.

Scott is a fellow of the British Academy and Academy of Medical Sciences and, among many recognitions, received the Royal Literature Society's Reading Matters prize and was honored at three Royal Society summer science exhibitions and the Royal Institution Christmas Lectures.

Scott's talk is being presented in conjunction with the 40th anniversary of Brookhaven Women in Science.

This lecture is scheduled to be webcast live on Twitter and WBNL.