The following news release was issued by the U.S. Department of Energy (DOE). As part of DOE’s Isotope Program, researchers at Brookhaven National Laboratory will receive $350,000 to be used for the development of isotopes for medical research and clinical applications. The grant will support the development of targets used in isotope production, recycling of target materials, and separation of isotopes for incorporation into diagnostic and therapeutic agents. For more information about Brookhaven’s role in isotope production, see: https://www.bnl.gov/BLIP/ or contact Karen McNulty Walsh, kmcnulty@bnl.gov, 631-344-8350.

Department of Energy Announces $6.5 Million for Isotope R&D and Production 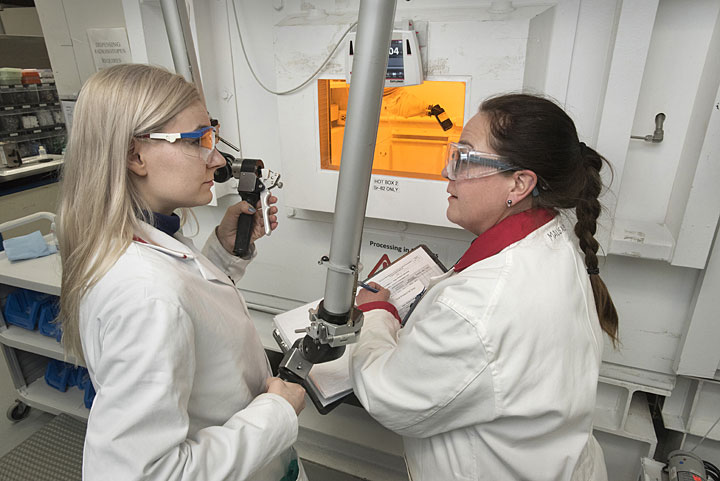 WASHINGTON, D.C.—Today, the U.S. Department of Energy (DOE) announced $6.5 million in funding for 15 awards to advance isotope research, development, and production—part of a key federal program that produces critical isotopes otherwise unavailable or in short supply for U.S. science, medicine, and industry.

Several of the projects aim at making new cancer diagnostic and therapeutic agents available to the medical community, while others focus on broad improvements to production techniques, with the goal of enhancing isotope availability and purity. Two of the projects provide for enhancements of scientific and technical capabilities at existing university accelerator facilities for isotope production and research.

“Isotopes play an absolutely vital role in countless areas of science, medicine, industry, and even national and homeland security today,” said Jehanne Gillo, Director of the DOE Isotope Program. “These projects will continue our efforts to ensure the availability of isotopes critical to Americans’ health, prosperity, security that would be otherwise impossible to obtain.”

Awards were made by competitive peer review under two separate DOE Funding Opportunity Announcements, “Research, Development and Training in Isotope Production,” and “Investigations and Novel Approaches in Isotope Science and Production at U.S. Universities,” both sponsored by the DOE Isotope Program, which is managed by the Office of Nuclear Physics within the DOE Office of Science.

The mission of the DOE Isotope Program is to support the production of, and the development of production techniques for, radioactive and stable isotopes that are in short supply for research and applications and of strategic importance to the nation.

Funding for the two-year awards, which were selected on a competitive basis by peer review, totals $6.5 million in Fiscal Year 2019 dollars.