The following news release was issued by the University of Delaware. Vasilis Fthenakis, a senior scientist emeritus at the U.S. Department of Energy’s (DOE) Brookhaven National Laboratory and Founder and Director of the Center for Life Cycle Analysis at Columbia University is one of two awardees featured in the release. The honor recognizes Fthenakis for the breadth of his contributions to the science and sustainable development of photovoltaic (PV) solar energy.  He conducted the bulk of his research on photovoltaic solar energy during his 36 years at Brookhaven Lab. “I am thrilled and honored to receive this Medal of Merit, especially since my work on the energy-environment nexus is on a different realm than most past Böer Medalists, who provided outstanding contributions to solar materials and device technologies,” Fthenakis said. “Receiving this award is a testament that helping the PV industry with guidance and direction to make PV life-cycles safe and environmentally sound is recognized as imperatively important to the advancement of solar energy in a much-needed transition to clean renewable energy. I have two very young grandchildren, and I want them and my children to be able to look up to me later and say we are proud of what you did; my hope is that this Medal will remind them.” 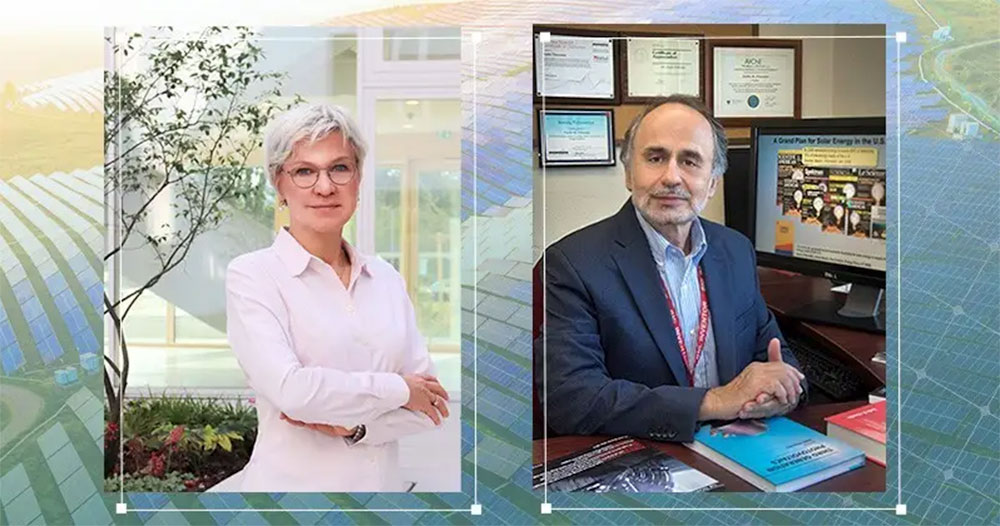 Anke Weidenkaff (left), director of the Fraunhofer Institute for Materials Recycling and Resource Strategies in Germany, and Vasilis Fthenakis, founding director of the Center for Life Cycle Analysis at Columbia University, have been selected for 2022 Karl Böer awards in recognition of their contributions to renewable energy.

Two prominent researchers — one a pioneer of solar energy research, the other a mid-career champion of renewable energy and sustainable technology — have been selected for 2022 Karl Böer awards, endowed by the late solar pioneer Karl Böer at the University of Delaware.

Vasilis Fthenakis, a pioneer in studies of large-scale deployment of solar power and the founding director of the Center for Life Cycle Analysis at Columbia University, was selected for the 15th Karl Böer Solar Energy Medal of Merit. The medal comes with a $100,000 prize.

Anke Weidenkaff, executive director of the Fraunhofer Institute for Materials Recycling and Resource Strategies (IWKS) in Germany and a professor at the Technical University of Darmstadt, Germany, was selected for the first Karl Böer Renewable Energy Mid-Career Award. The award comes with a $25,000 prize.

The awards will be presented May 3 at the University of Delaware.

“These two distinguished scientists demonstrate the wide range of scientific contributions needed to advance our transition toward carbon-free energy,” said William Shafarman, director of the Institute of Energy Conversion, founded by Dr. Böer in 1972, and professor of materials science and engineering at the University of Delaware. “The visionary work by Professor Fthenakis at the interface between energy and the environment has been critical to overcoming barriers and perceptions needed to advance large-scale deployment of solar energy systems. Professor Weidenkaff’s contributions in materials for a range of sustainability applications set an incredibly high bar for excellence as the inaugural winner of the Renewable Energy Mid-Career Award.

“Together, these awardees personify the intent of the Böer Medals to celebrate extraordinary and enduring contributions to a more sustainable future for our planet.”

It is the first time since the founding of the Böer Solar Energy Medal of Merit in 1993 that two different Böer awards have been presented. 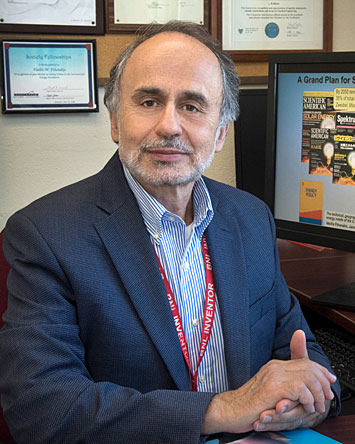 Fthenakis was nominated by Arnulf Jäger-Waldau of the European Commission’s Joint Research Centre in Varese, Italy, for “pioneering research at the interface of energy and environment that provided the underpinning of energy lifecycle impacts and catalyzed photovoltaic technology advancement and deployment worldwide.”

With a background in chemistry and chemical engineering, Fthenakis earned his doctorate in fluid dynamics and atmospheric science at New York University.

He is a distinguished scientist emeritus at Brookhaven National Laboratory, where he did research for 36 years, and continues his 27-year affiliation with Columbia University, where he is a senior research scientist, adjunct professor and founding director of the Center for Life Cycle Analysis. He is a Fellow of the American Institute of Chemical Engineers, the Institute of Electrical and Electronics Engineers and of the International Energy Foundation. 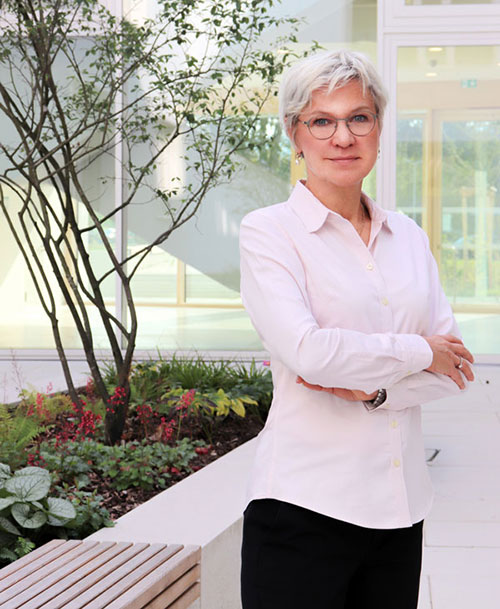 Weidenkaff was nominated by David Cahen, professor emeritus at the Weizmann Institute of Science in Rehovot, Israel, for “visionary leadership and pathbreaking in renewable energy and sustainability technologies with seminal contributions to materials for solar fuels, thermoelectric converters, catalysts, and self-regenerative functionalities.”

In his letter of nomination, Cahen said Weidenkaff is “one of the best and most interdisciplinary solid-state materials scientists working on renewable energy technologies, whose research reflects not only excellence and ingenuity but also impact on society.”

Karl Wolfgang Böer was a trailblazing scientist in the field of renewable energy and founder of UD’s Institute of Energy Conversion (IEC), which marks its 50th anniversary this year. The IEC, the oldest solar cell institution in the world, has been a leader in photovoltaic research and is a U.S. Department of Energy-designated University Center of Excellence for Photovoltaic Research and Education.

Dr. Böer’s work led to significant progress in the field of renewable energy. He died on April 18, 2018, but the medals he endowed through the Karl W. Böer Solar Energy Medal of Merit Award Trust, established at the University of Delaware in 1991, continue to honor leadership in all forms of renewable energy. The first Böer Medal was awarded in 1993 to former President Jimmy Carter.