The following news release is adapted from a release originally issued by the U.S. Department of Energy’s (DOE) Lawrence Berkeley National Laboratory. Christopher Morse, a physicist at the National Nuclear Data Center (NNDC) at DOE’s Brookhaven National Laboratory, worked on the experiment while he was a postdoctoral fellow at Berkeley Lab. He participated in the proposal process, collected data during the first experimental run at the Facility for Rare Isotope Beams (FRIB), and provided input on the text of the published paper. Alejandro Sonzogni, Chair of the Nuclear Science and Technology Department at Brookhaven Lab, which hosts the NNDC, serves on the Program Advisory Committee of FRIB. For more information about Brookhaven Lab’s role in this work, contact: Karen McNulty Walsh, kmcnulty@bnl.gov, 631-344-8350. 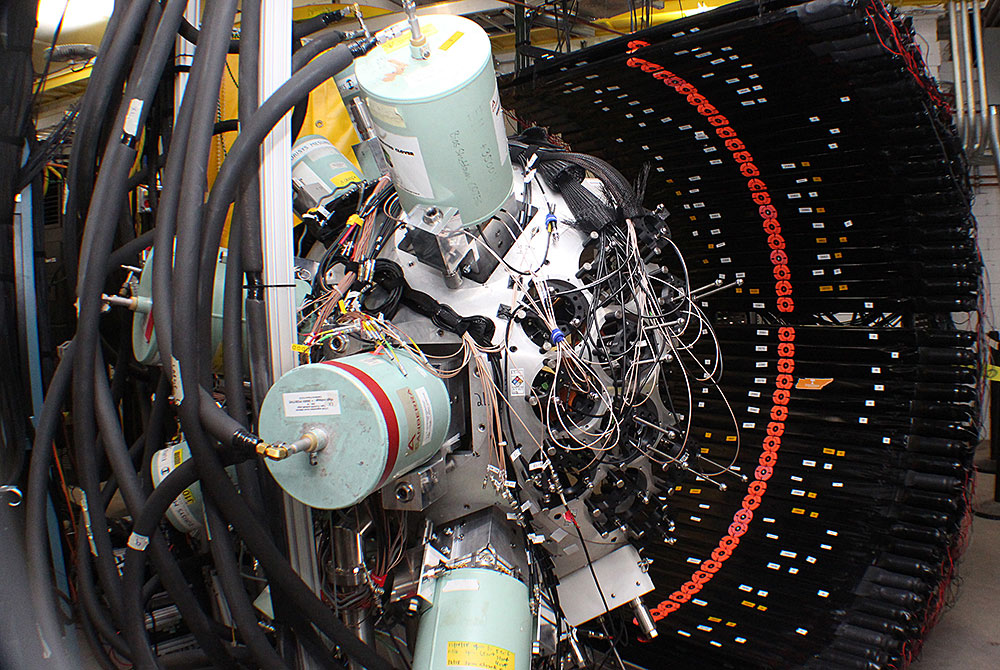 A multi-institutional team of scientific users have published the results of the first scientific experiment at Facility for Rare Isotope Beams in the journal Physical Review Letters. The experiment studied the decay of isotopes so unstable that they only exist for fractions of a second. To perform the study, the rare isotopes were implanted into the center of a sensitive detector known as the FRIB Decay Station initiator. (Credit: Facility for Rare Isotope Beams)

A new study led by the Department of Energy’s Lawrence Berkeley National Laboratory (Berkeley Lab) has measured how long it takes for several kinds of exotic nuclei to decay. The paper, published today in Physical Review Letters, marks the first experimental result from the Facility for Rare Isotope Beams (FRIB), a DOE Office of Science user facility operated by Michigan State University.

Scientists used the one-of-a-kind facility to better understand nuclei, the collection of protons and neutrons found at the heart of atoms. Understanding these basic building blocks allows scientists to refine their best models and has applications in medicine, national security, and industry.

“The breadth of the facility and the programs that are being pursued are really exciting to watch,” said Heather Crawford, a physicist at Berkeley Lab and lead spokesperson for the first FRIB experiment. “Research is going to be coming out in different areas that will impact things we haven’t even thought of yet. There’s so much discovery potential.”

The first experiment is just a small taste of what’s to come at the facility, which will become 400 times more powerful over the coming years. “It’s going to be really exciting – mind-blowing, honestly,” Crawford said. 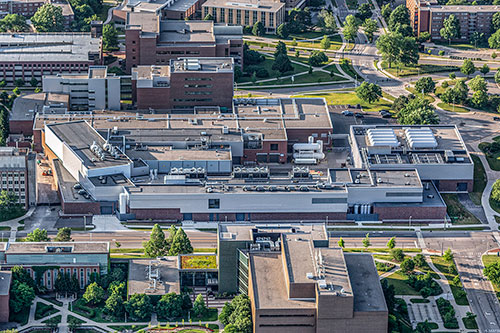 More than 50 participants from ten universities and national laboratories were involved in the first experiment. The study looked at isotopes of several elements. Isotopes are variations of a particular element; they have the same number of protons but can have different numbers of neutrons.

Researchers focused on unstable isotopes near the “drip-line,” the spot where neutrons can no longer bind to a nucleus. Instead, any additional neutrons drip off, like water from a saturated kitchen sponge.

Researchers smashed a beam of stable calcium-48 nuclei traveling at about 60% of the speed of light into a beryllium target. The calcium fragmented, producing a slew of isotopes that were separated, individually identified, and delivered to a sensitive detector that measured how long they took to decay. The result? The first reported measurements of half-lives for five exotic, neutron-laden isotopes of phosphorus, silicon, aluminum, and magnesium.

Half-life measurements (perhaps best known from applications in carbon dating) are one of the first things researchers can observe about these short-lived particles. The fundamental information about nuclei at the limits of their existence provides a useful test for different models of the atomic world.

“This is a basic science question, but it links to the bigger picture for the field,” Crawford said. “Our aim is to describe not only these nuclei, but all kinds of nuclei. These models help us fill in the gaps, which helps us more reliably predict things we haven’t been able to measure yet.”

More complete theories help advance research in areas such as astrophysics and nuclear physics – for example, understanding how elements form in exploding stars or how processes unfold in nuclear reactors.

Crawford and the team plan to repeat the half-life experiment again next year, taking advantage of additional beam intensity that will increase the number of isotopes produced, including rare isotopes near the neutron drip-line. In the meantime, other groups will take advantage of the facility’s many beamlines and instruments.

“Bringing the facility online was a big effort by a lot of people, and something the community has been looking forward to for a long time,” Crawford said. “I’m excited I am young enough to keep taking advantage of it for the next several decades.”

Christopher Morse, a physicist at DOE’s Brookhaven National Laboratory who participated in this project as a postdoc at Berkeley Lab before joining the National Nuclear Data Center (NNDC) at Brookhaven, said, “From a science standpoint, it is amazing to see that FRIB is already pushing the boundaries of human knowledge, even though it is using only a tiny fraction of its planned beam power.

“Likewise, from a nuclear data standpoint, the sheer volume of nuclear structure information that FRIB will produce—much of which will be on nuclei about which we know little or nothing—is incredibly exciting,” Morse added. “We expect that the Evaluated Nuclear Structure Data File (ENSDF), which is maintained at the NNDC and is the world's premier source for nuclear structure information, will expand significantly based on the science output from FRIB.”

Scientists from ORNL, UTK, ANL and FRIB led the collaboration to provide the instruments used in the FRIB Decay Station initiator, the sensitive detector system that measured the isotopes.

Michigan State University (MSU) operates the Facility for Rare Isotope Beams (FRIB) as a user facility for the U.S. Department of Energy Office of Science (DOE-SC), supporting the mission of the DOE-SC Office of Nuclear Physics. Hosting what is designed to be the most powerful heavy-ion accelerator, FRIB enables scientists to make discoveries about the properties of rare isotopes in order to better understand the physics of nuclei, nuclear astrophysics, fundamental interactions, and applications for society, including in medicine, homeland security, and industry.

Founded in 1931 on the belief that the biggest scientific challenges are best addressed by teams, Lawrence Berkeley National Laboratory and its scientists have been recognized with 16 Nobel Prizes. Today, Berkeley Lab researchers develop sustainable energy and environmental solutions, create useful new materials, advance the frontiers of computing, and probe the mysteries of life, matter, and the universe. Scientists from around the world rely on the Lab’s facilities for their own discovery science. Berkeley Lab is a multiprogram national laboratory, managed by the University of California for the U.S. Department of Energy’s Office of Science.