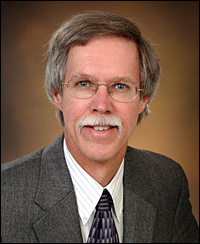 Senior Physicist Craig Woody of the Physics Department began a two-year term as president of the IEEE Nuclear & Plasma Sciences Society (NPSS) on January 1, 2009. The NPSS is one of 38 societies within IEEE, which is the world's largest professional, non-profit organization for the advancement of science and technology.

The society has about 3,000 members and is devoted to the advancement of electrical and electronic engineering in nuclear and plasma sciences. Its fields of interest include radiation instrumentation, medical imaging sciences, radiation effects, plasma sciences and applications, fusion technology, pulsed power systems, particle accelerator science and technology, and computer applications for nuclear and plasma sciences. The NPSS sponsors conferences, workshops, and symposia around the world that are related to research being done here at Brookhaven, including the Nuclear Science Symposium and Medical Imaging Conference, the Particle Accelerator Conference, and the Real Time Conference on computer applications.

Said Woody, "Brookhaven has had a strong involvement with the activities of the NPSS for many years. Our scientists attend many of its conferences and publish their results in its journals. Many people at BNL have received very distinguished awards from the society, including Ilan Ben-Zvi and Veljko Radeka, who have won the society's Merit Award; Satoshi Ozaki, Michael Harrison, Thomas Roser, and again Ilan, who have won the Particle Accelerator & Technology Award; and Ralph James, who won the Radiation Instrumentation Outstanding Achievement Award. Several people, including myself, have also been involved with many NPSS conferences. It is a very active and diverse society, and one which provides a great deal of benefit to people here at the Lab."

Woody, who joined BNL in 1979, has research interests primarily in the area of particle detectors and instrumentation for high energy and nuclear physics and medical imaging, as well as in relativistic heavy ion physics. He was co-group leader of the BNL PHENIX Group at the Lab's Relativistic Heavy Ion Collider from 2001 to 2008, and has been a Fellow of the American Physical Society since 2002.

To learn more about the NPSS, go to http://ewh.ieee.org/soc/nps/.