Since 1942, students have competed in one of the nation’s most prestigious pre-college science competitions, first in partnership with Westinghouse, then with Intel from 1998 to 2016, and now with Regeneron.

Regeneron has named the top 300 scholars for its 2017 Science Talent Search (STS) Competition, and three of the selected scholars conducted their research at Brookhaven Lab. One of them—Emily Peterson from Smithtown High School East—has been named a finalist and will be invited to Washington, D.C. in March to participate in final judging and compete for the top award of $250,000. Students compete for more than $3 million in awards, with each scholar receiving a $2,000 award from Regeneron with an additional $2,000 going to his or her school.

In addition to the Regeneron STS scholars, four Brookhaven students were also named as semifinalists in the annual Siemens competition. The Siemens Foundation established the Siemens Competition in Math, Science & Technology in 1999 to promote excellence by encouraging high school students to undertake individual or team research projects. It fosters intensive research that improves students' understanding of the value of scientific study and their consideration of future careers in these disciplines.

“These six students reflect the extraordinary scientific talent being developed on Long Island,” said Kenneth White, manager of the Lab’s Office of Educational Programs. “We have been privileged to host them and many other highly capable students here at the Lab, introducing them to U.S. Department of Energy research. Our congratulations to the six awardees, and many thanks to our Lab mentors.” 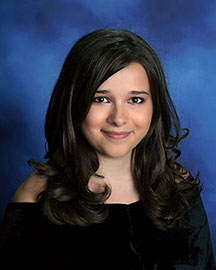 Emily Peterson met Brookhaven Lab mentor David Biersach at a scientific computing seminar he was giving at her high school, where he learned of her research on skin cancer. Emily’s research, conducted as a Simons Fellow under the guidance of Stony Brook University Professor Marcia Simon, focused on the possibility that a gene expression problem might inhibit the production of an enzyme responsible for strengthening cell walls.  As cancer is invasive, skin cells with weak walls are more susceptible to becoming tumorous.  Biersach showed Emily how a classic computer algorithm that looks for repeated substrings can be used in a novel way to determine if DNA sequences are likely to have important biological functions.  This is accomplished by searching the human genome for other occurrences of these repeated sequences. They discovered that this enzyme’s sequence also occurs in an enzyme involved in blood clotting. When blood clots form to heal a wound, the human body knows to leave the clot alone until the wound is fully repaired. After healing, a chemical signal triggers the body to break down the clot. The similarity in gene sequences that Peterson discovered suggests that cancer cells potentially use the same “don’t bother me” signaling mechanism as blood clots, thus allowing the tumor to continue to grow in stealth mode.  This collaboration is an excellent example of how students can apply skills in scientific computing directly to their research projects.  Peterson hopes to continue her research by studying the enzyme’s 3D atomic structure. 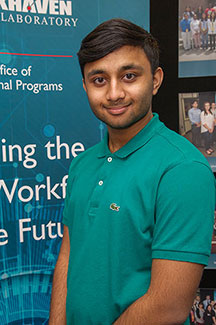 The spin physics program at Brookhaven Lab’s Relativistic Heavy Ion Collider (RHIC) requires high-energy protons spinning in the same direction.  By controlling the direction of the protons’ spins and keeping them aligned, or “polarized,” physicists can tease apart how the protons’ inner building blocks, quarks and gluons, contribute to its spin.  A pair of specialized magnets at the Alternating Gradient Synchrotron, the accelerator that injects proton beams into RHIC, helps to mitigate polarization loss. Vishrath's work is focused on using computer simulations to determine the optimal strength of this pair of magnets and should lead to more precise results.

Kumar is a participant in the High School Research Program administered by the Lab’s Office of Educational Programs. 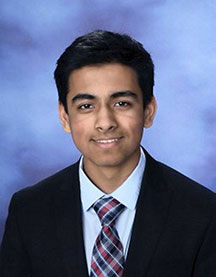 Rushabh Mehta was named both a Siemens and Regeneron semifinalist for his work with Brookhaven physicist Bill Morse to develop a mathematical formula for calculating how best to control a beam of particles called muons for an upcoming experiment at the U. S. Department of Energy’s Fermilab—one that builds upon Brookhaven Lab's historic g-2 experiment, which concluded in 2001. Mehta's research will help in achieving an expected 400-percent improvement in beam quality with 20 times more muons. Using the same ring from the earlier g-2 experiment at Brookhaven, and with far greater precision, scientists from Brookhaven, Fermilab, and other institutions around the world will test a discrepancy between the muon g-2 particle's theorized “magnetic moment” and the magnetic moment actually measured in the original experiment.

Mehta is a participant in the High School Research Program administered by the Lab’s Office of Educational Programs. 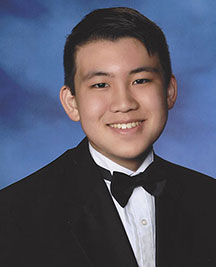 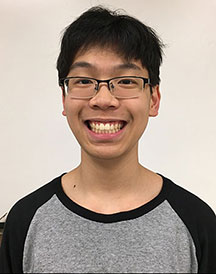 Under the mentorship of Shinjae Yoo, Brandon Feng and Daniel Lee conducted research on sensor network analysis on the Long Island Solar Farm located at Brookhaven Lab. As part of their project, they built a realistic solar irradiance sensor simulator to detect multi-layered wind fields. Feng and Lee also developed robust wind field detection algorithms to determine various properties of data, such as time lag and the correct way to determine the wind field. These meaningful results can be integrated with the sensor network based solar irradiance forecasting framework and possibly applied to real-world data. Under the direction of Yoo, the students will contribute a paper on their findings.

Feng and Lee are participants in the High School Research Program administered by the Lab’s Office of Educational Programs. 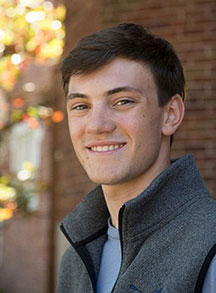 Voto is a participant in the High School Research Program administered by the Lab's Office of Educational Programs.

For more information on the Regeneron STS Competition:

For more information on the Siemens Competition: https://siemenscompetition.discoveryeducation.com/