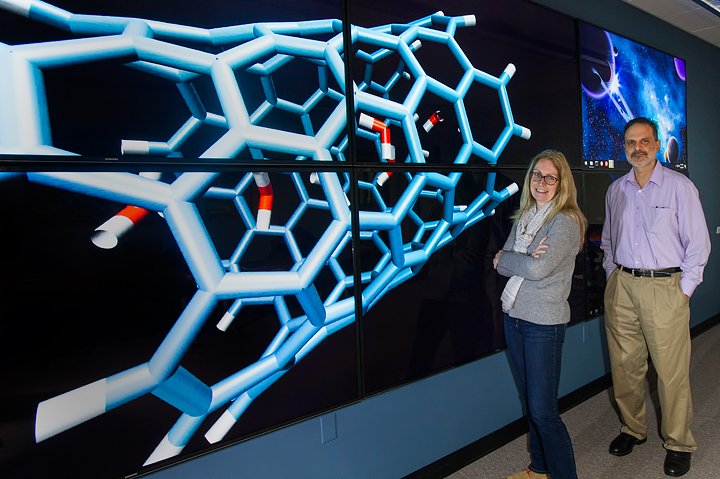 As a partner with seven other U.S. Department of Energy (DOE) national laboratories in the VA-DOE Big Data Science Initiative, Brookhaven National Laboratory will work with the Department of Veterans Affairs (VA) to transform the practice of medicine and improve the lives and well-being of our nation’s veterans and the public. Together, the DOE’s national computing capabilities and the VA’s unparalleled and vast array of healthcare and genomic data will push the frontiers of precision medicine to enable better treatment for our veterans.

At a VA-DOE summit in April 2017, Kerstin Kleese van Dam, director of Brookhaven’s CSI, was a member of the joint-agency multi-laboratory team of VA officials, DOE scientists, medical professionals, and leaders from seven other national laboratories who talked through the specific computational issues impacting veterans’ medical treatment and how pilot projects could help solve those challenges.

“In the subsequent months we developed concise ideas and decided to focus on three areas for the initial pilot projects,” said van Dam. “By analyzing data in the VA database, we can develop predictive tools to help more clearly identify risk factors for particular health conditions in our veteran community.”

The three pilot topics—cardiovascular disease, prostate cancer, and suicide prevention—are of particular importance to the VA, which hopes to predict and prevent cardiovascular episodes, reduce unnecessary prostate surgeries, and reduce the number of suicides among veterans.

“This project is just getting off the ground,” said Frank Alexander, deputy director for CSI, who is the leader of the project for Brookhaven. “The Department of Energy is a world leader in large-scale data analysis and high performance computing, making us a perfect partner with the VA on this important project.” 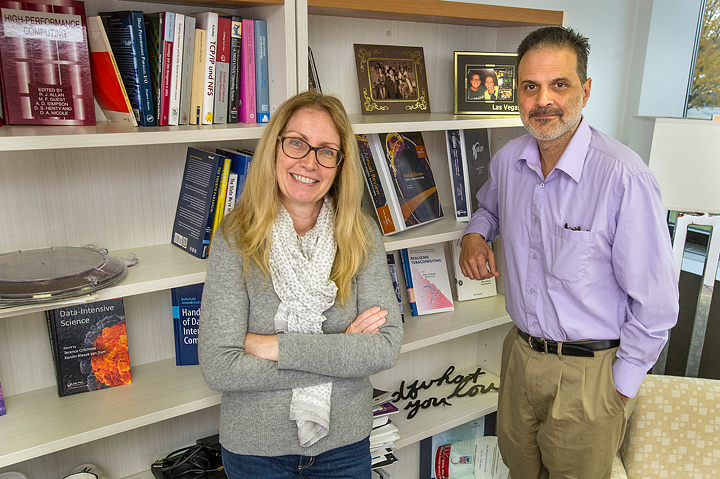 Alexander notes that in addition to the three joint VA-DOE pilots, data collected by MVP is already being used at the VA for scientific projects on diseases including diabetes, cancer, and military-related illnesses, such as post-traumatic stress disorder.

Medical Record History at the VA

The VA houses one of the most extensive and valuable health datasets in the world. In the early 1990s, the VA pioneered the creation of an Electronic Health Record (EHR) system that is widely used in the United States. It also built and managed the Corporate Data Warehouse (CDW), a database of EHRs for nearly 23 million Veterans who have used the VA healthcare system. Veteran patients often receive their entire healthcare treatment from within the VA system, making the CDW records not only one of the largest EHR resources in the world, but also the most comprehensive.

The collaboration between the VA and DOE labs will not only help the nearly 23 million veterans who receive medical treatment at VA hospitals around the country, but may also yield benefits for other government agencies who face similar large-scale computational challenges.

“Each Lab possesses varying computational expertise,” added Alexander. “The DOE labs are here to help solve complex national problems, so we are all very excited about this opportunity to help our veterans.”