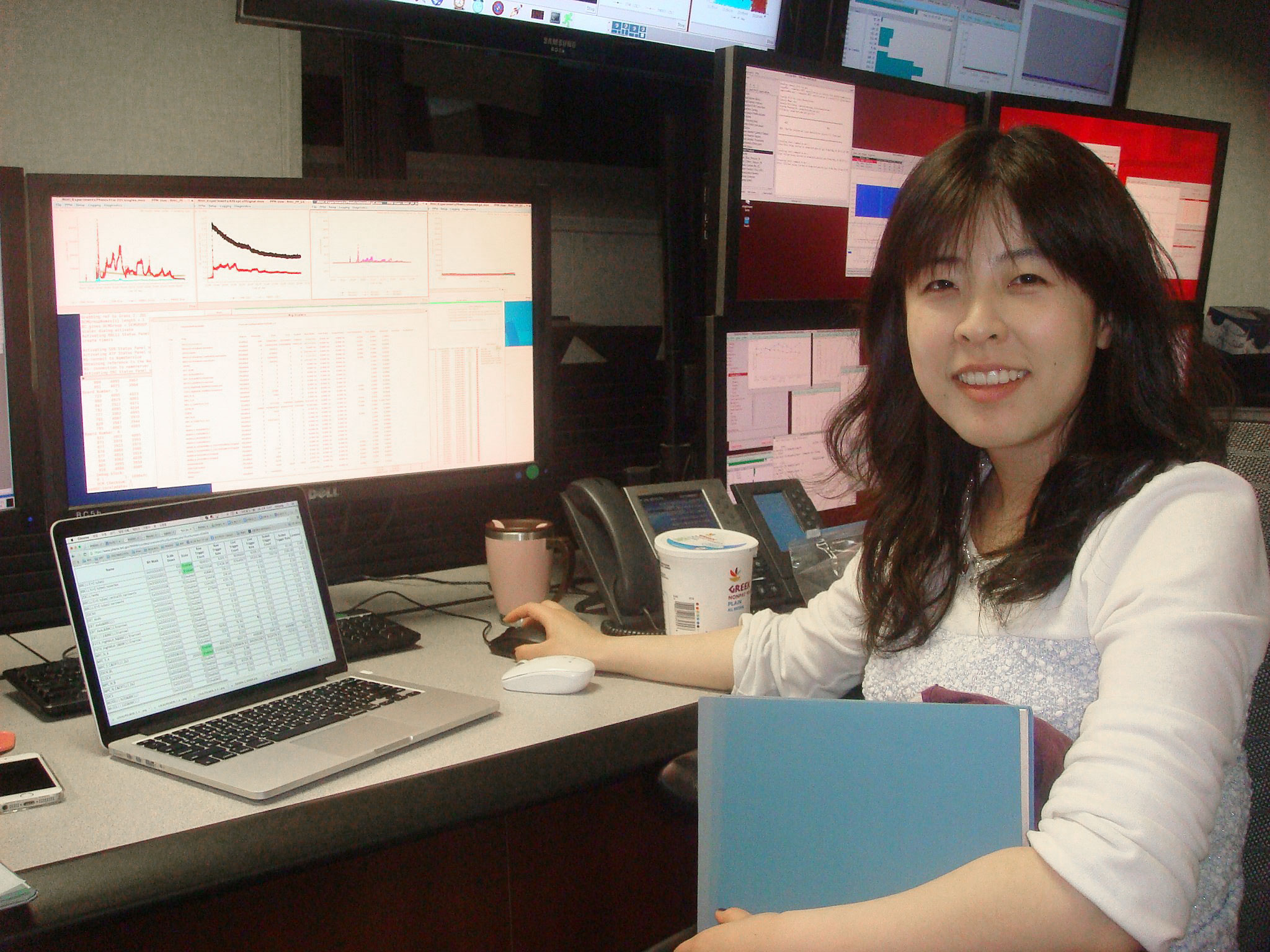 Seoul National University student Minjung Kim has been awarded the 2018 Gertrude Scharff-Goldhaber Prize, consisting of $1,000 and a certificate. Funded by Brookhaven Science Associates, the company that manages Brookhaven National Laboratory for the U.S. Department of Energy, the award was established in 1992 by Brookhaven Women in Science (BWIS), a nonprofit organization that supports and encourages the advancement of women in science.

Brookhaven Lab leadership will present Kim with the award at a ceremony on Tuesday, July 17, at noon in the Physics (Bldg. 510) Large Seminar Room. Kim will give a talk about her work titled “Surprising Forward Neutron Asymmetries Discovered in Polarized Proton and Nucleus Collision at RHIC,” followed by the award presentation and a lunch reception.

The award recognizes substantial promise and accomplishment by female graduate students in physics who are enrolled in the graduate program at Stony Brook University and/or performing their thesis research at Brookhaven Lab. It commemorates the outstanding contributions of the late nuclear physicist Gertrude Scharff-Goldhaber. In 1950, Scharff-Goldhaber became the first female Ph.D. physicist appointed to the Brookhaven Lab staff. She also was a founding member of BWIS.

Kim has been part of the RIKEN International Program Associate program and is currently writing her Ph.D. thesis at Seoul National University under the advisement of Kiyoshi Tanida.

Her Ph.D. thesis work is about understanding the neutron production mechanism in high-energy particle collisions by measuring the directional preference of production. She discovered that neutrons produced when a spin-aligned (polarized) proton collides with a nucleus have different directional preferences depending on the species of the nucleus, which is contrary to predictions. This surprising result implies that the mechanisms producing particles may be very different in different types of collisions.

Kim spent her childhood in Chuncheon, Korea. She has been interested in physics since she read a book about the history of special relativity and nuclear physics during middle school, and later she began to be interested in high-energy physics after she read articles about the accelerator experiments.