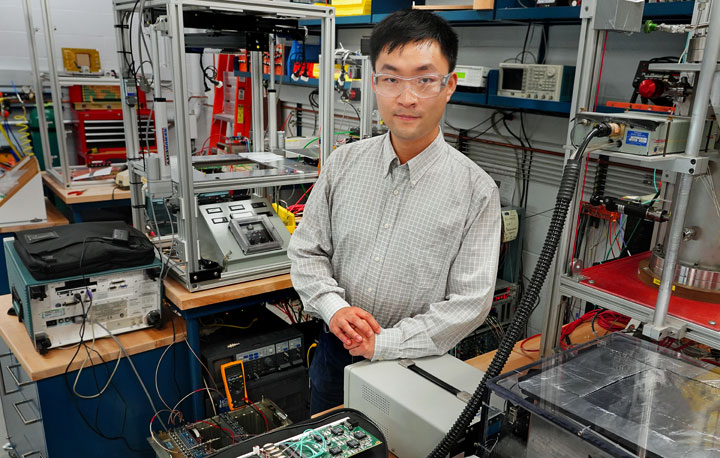 Perfect fluidity. Extreme vorticity. Nearly opaque to fast-moving partons. Scientists have observed these surprising properties in the quark gluon plasma that once filled the early universe and today is routinely created at the Relativistic Heavy Ion Collider (RHIC) at the U.S. Department of Energy's Brookhaven National Laboratory.

How and why do these properties arise when subatomic quarks and gluons are freed from the "strong force" that confines them in the protons and neutrons of an atom’s nucleus? Those are among scientists' big questions at the forefront of nuclear physics research. Understanding how these ultra-small particles behave collectively could help in understanding why much bigger "bodies" work the way they do: nearly everything we see in the universe, from people and plants to planets and stars.

Some quarks are heavier than others. The very heavy "beauty quark," in particular, provides unique information about the quark gluon plasma scientists need to clarify the physics behind its surprising large-scale properties. Beauty quarks, also called "b-quarks," are rarely produced in collisions at RHIC, a DOE Office of Science User Facility. The planned sPHENIX experiment at RHIC, however, will be equipped for precision measurements of b-quark observables, including the suppression and flow of particles called B-mesons and b-quark jets, as well as the differential suppression of Upsilon particles. These b-quark probes will provide crucial information about the microscopic description of quark-gluon plasma.

Brookhaven Lab physicist Jin Huang will present the 2018 Sambamurti Memorial Lecture, titled “Capturing the Inner Beauty of the Quark Gluon Plasma,” on Friday, July 27. The talk will be held in the Physics Department’s large seminar room in Bldg. 510 at 3:30 p.m. All are invited to attend this talk, which is free and open to the public. Visitors to the Lab 16 and older must carry a photo ID while on site.

In this talk, Huang will explain b-quark physics in quark gluon plasma and current measurements. He will also discuss the program for the planned sPHENIX experiment and its relevance an electron ion collider—a next-generation particle collider to study the “strong nuclear force” and the role of gluons throughout the universe.

Huang earned a Ph.D. in physics from the Massachusetts Institute of Technology in 2012 and a bachelor's of science in physics from the University of Science and Technology of China in the Special Class for the Gifted Young in 2006. In 2013, members of the American Physical Society’s Hadronic Physics Group recognized Huang for his Ph.D. work with their inaugural Dissertation Award. He joined the PHENIX Collaboration in 2011, the same year he became a research associate at Los Alamos National Laboratory, where he remained until 2014. Huang arrived at Brookhaven Lab as an assistant physicist in January 2014 and was promoted to associate physicist in 2016.

About the Sambamurti Memorial Lecture

The Sambamurti Memorial Lecture was established in 1992 to commemorate the work of Aditya Sambamurti, a young Brookhaven physicist who died of cancer in 1992 at age 31. Each year, an outstanding young physicist whose professional interests overlap those of Sambamurti is selected to deliver the lecture.