By Stephanie Kossman and Eadan McSweeney 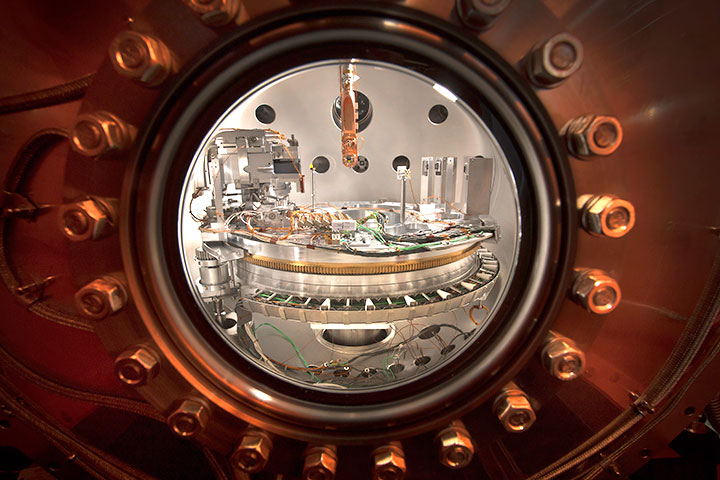 The sample chamber of the Soft Inelastic X-ray Scattering (SIX) beamline at NSLS-II allows scientists to mount their materials on a special holder that can be turned and moved into the beam of bright x-rays.

On July 15, 2018, the Soft Inelastic X-ray Scattering (SIX) beamline at the National Synchrotron Light Source II (NSLS-II)—a U.S. Department of Energy (DOE) Office of Science User Facility at DOE’s Brookhaven National Laboratory—welcomed its first visiting researchers. SIX is an experimental station designed to measure the electronic properties of solid materials using ultrabright x-rays. The materials can be as small as a few microns—one millionth of a meter.

The first researchers to take advantage of the world-class capabilities at SIX were Jonathan Pelliciari and Zhihai Zhu, two scientists from the Massachusetts Institute of Technology (MIT). The pair used SIX to study a chromate sample, a fascinating material with novel applications in magnetism, batteries, and catalysis. Little was known about the electronic structure of the chromate sample the MIT team studied at SIX, and their research is aimed at unlocking the properties of this material. To do so, they needed the atomic sensitivity and energy resolution of the SIX beamline.

“Understanding the electronic makeup of this chromate will help us determine its potential for applications in superconducting electronics,” said Zhu. “We wanted to determine if we could turn this material into a superconductor.”

The scientists used a technique called resonant inelastic x-ray scattering (RIXS) to study the interactions and dynamics of electrons in their sample. 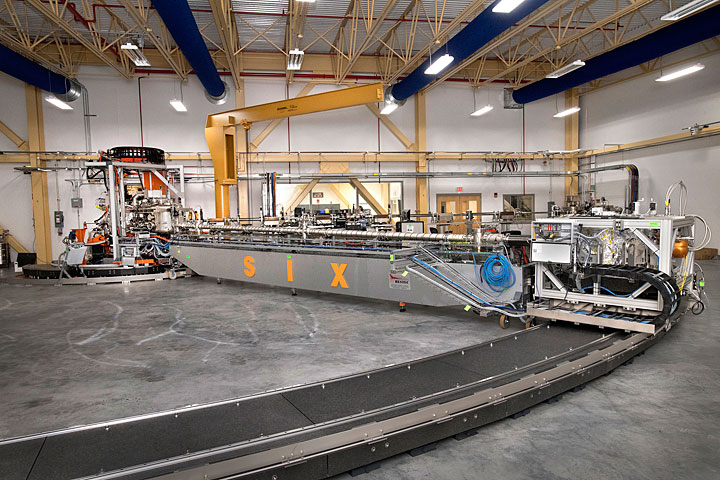 The Soft Inelastic X-ray Scattering (SIX) beamline at NSLS-II is notable for its 50-foot-long spectrometer arm that is housed in an adjacent building. The long, movable arm enables SIX to obtain an extremely high energy resolution and reveal the collective motion of electrons within a material.

“In this technique, the x-ray beam is scattered off the material’s electrons, like a cue ball bouncing off balls on a billiard table. Then, a detector catches the scattered x-rays at different angles,” said Ignace Jarrige, lead beamline scientist at SIX.

By analyzing the angle, momentum, and energy of the x-rays, scientists can figure out how the material’s electrons arrange and interact.

“SIX is a very advanced beamline,” said Pelliciari. “I’ve worked on other RIXS beamlines, and SIX, being designed to reach high energy resolution, promises an enhanced scientific outcome. Having this high resolution offers us a highly detailed view of our material and better insight to its potential.”

SIX is among the newest and most advanced RIXS beamlines in the country. It is designed to push the boundaries of these experiments further than any other instrument, and represents a major improvement for the scientific community worldwide.

“After a year-long process of testing and preparing SIX, we were thrilled to finally work with the first users and collaborate on a truly exciting measurement,” said Andi Barbour, beamline scientist at SIX. 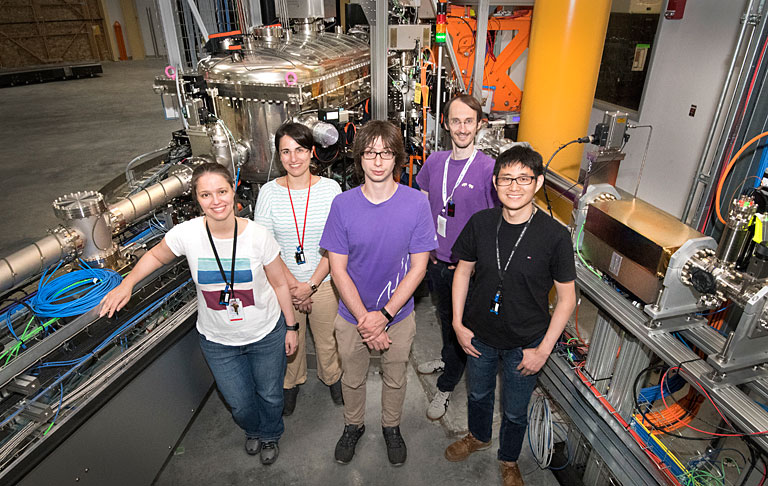 Beamline scientist Valentina Bisogni added, “The MIT research allowed us to test the beamline’s capabilities, the stability of all its components, the sample alignment, and its temperature control—all in parallel. It was a very useful experience.”

“We want to give the SIX team a special thank you as our experiment and science wouldn’t be moving forward without them,” said Zhu. “Our research done at SIX was a true collaboration between us and the beamline scientists.”

The SIX team is looking forward to hosting more visiting researchers, as SIX is now open for general operations.