NSLS-II Featured on the Cover of SRN 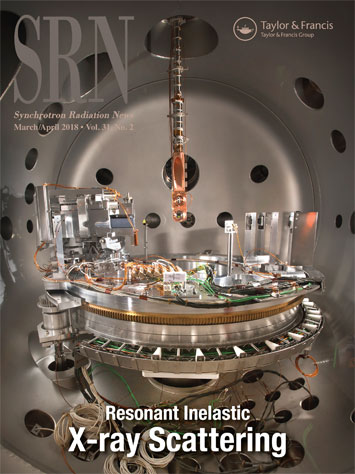 The Soft Inelastic X-ray Scattering (SIX) beamline at the National Synchrotron Light Source II (NSLS-II) was featured on the cover of the March/April issue of Synchrotron Radiation News (SRN).

SIX is an advanced experimental station at NSLS-II—a U.S. Department of Energy (DOE) Office of Science User Facility at DOE’s Brookhaven National Laboratory—where scientists can use ultra-bright x-rays to “see” the internal structure of their samples. By colliding particles of light with the electrons in a material, scientists can use SIX to determine the electronic makeup of that material, as well as its other physical and chemical characteristics.

Lab photographer Roger Stoutenburgh’s stunning photo of the SIX sample chamber, where x-rays meet the material that the scientists want to study, is featured on this month’s cover of SRN. The sample chamber allows scientists to mount their materials on a special holder that can be turned and moved into the beam of bright x-rays. SIX is also notable for its 50-foot-long spectrometer arm that is housed in an adjacent building. The long, movable arm enables SIX to obtain an extremely high energy resolution and reveal the collective motion of electrons within a material.

SIX is currently under commissioning and is expected to host its first scientific experiments this year. Scientists at SIX will study the underlying physics of materials that could provide new solutions to smart energy, including high-temperature superconductors and novel topological insulators. 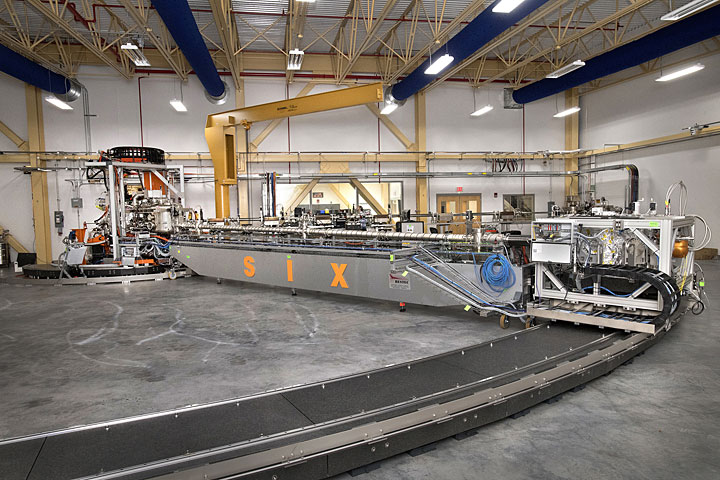 SIX is an advanced experimental station with a 50-foot-long moveable arm that enables scientists to study the electronic makeup of materials.