Drums echoed throughout Port Jefferson Harbor as 30 teams rowed and raced at the fifth annual Port Jefferson Dragon Boat Race Festival on Sept. 15. One team rowing to the thunderous beats aboard a long, sleek boat adorned with a dragon-head bow was Crave the Wave, made of staff, family, and friends from the U.S. Department of Energy's Brookhaven National Laboratory. And by day's end, they would leave with medals around their necks.

Susan Wong of the Information Technology Division (ITD) and Asian Pacific American Association (APAA)—an employee resource group at the Lab—organized the team as its manager. Henry Lovelace III of the Collider-Accelerator Department was the captain, leading the team on race day, and as they practiced on land and in the pool on site in the weeks before.

After three races in all, team Crave the Wave placed 14th among 22 amateur teams, and first in its division, which earned the team its first medals after three previous years of competition. The team's drummer, Maureen Fazzio of ITD, took first place in a costume competition among all the teams' drummers (see a photo of her in the slideshow below). 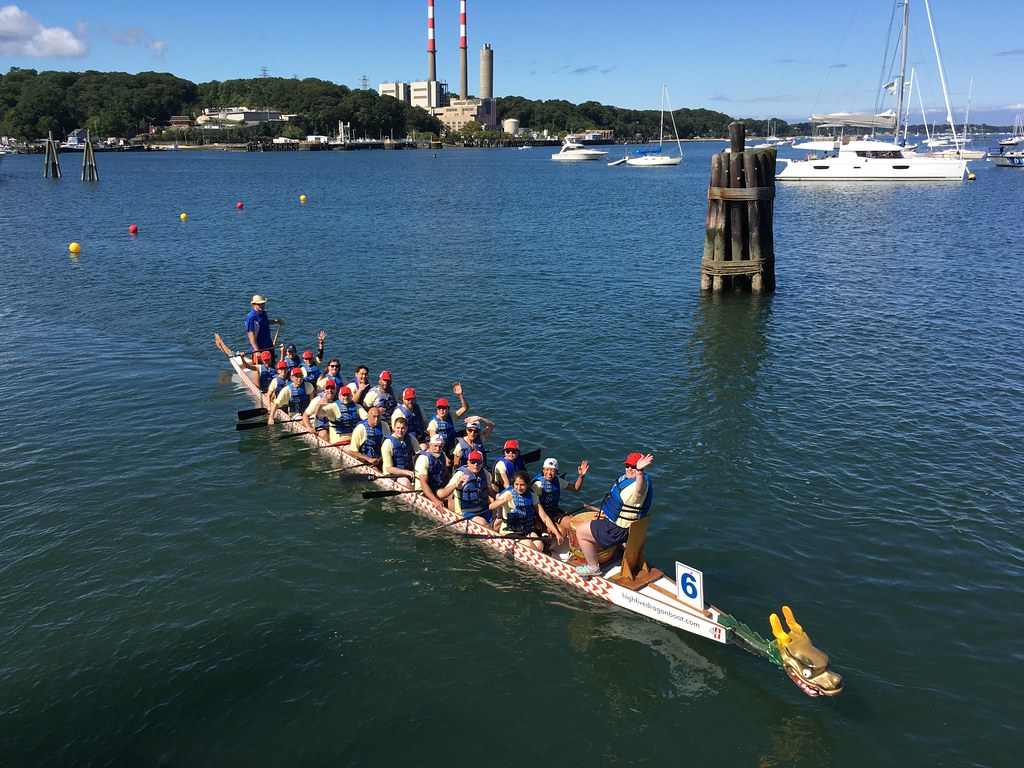 Click on the photo to see a slide show of team Crave the Wave from Brookhaven Lab at the 2018 Port Jefferson Dragon Boat Race Festival.

"Each year, a diverse group of employees come together on this team, people from departments across the Lab, with a wide range of jobs and years of service," Wong said. "Receiving medals this year was an added bonus. Our real goals have always been to share in an activity we love, make new friends, enhance our lives, and in the process, just have a great time."

Lovelace added, "The Port Jeff Dragon Boat Race Festival is a great opportunity to meet new friends and old ones, and to enjoy elegant entertainment, too. It's also a unique opportunity for 21 people—per boat—to strengthen their skills working and communicating as a team."

Members of the 2018 Crave the Wave team were:

To date, the APAA at Brookhaven Lab has participated in the four most recent annual Port Jefferson Dragon Boat Race Festivals, which are organized by Port Jefferson's Chamber of Commerce. The APAA employee resource group welcomes all members of the Lab community to join and attend the events it hosts, including presentation of the Dr. Mow Shiah Lin Scholarship, fundraising luncheons that support the scholarship and the Lab's campaign for the United Way of Long Island, as well as cultural celebrations and other activities throughout the year.