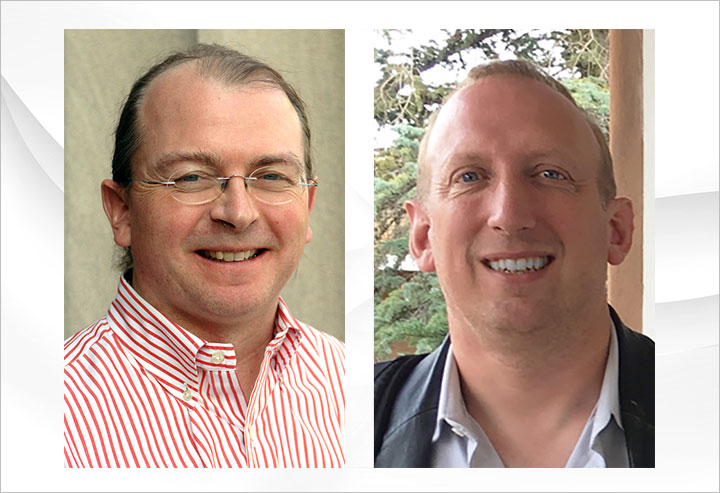 Two heavyweights in the field of quantum information science (QIS)—Seth Lloyd, a mechanical engineering and physics professor at the Massachusetts Institute of Technology (MIT), and Peter J. Love, an associate professor of physics at Tufts University—recently accepted appointments with the U.S. Department of Energy’s Brookhaven National Laboratory. Both Lloyd and Love will be associated with the Lab’s Computational Science Initiative (CSI), where they are expected to make direct and meaningful contributions to CSI’s growing QIS portfolio, especially as part of the new Northeast Quantum Systems Center (NEQsys).

At MIT, Lloyd is the Nam P. Suh Professor of Mechanical Engineering and Professor of Physics and an external faculty member at the Santa Fe Institute. He has carved out a niche in quantum mechanical system science, including proposing the first technologically feasible design for a quantum computer. He also has been an integral part of the first experimental demonstrations of quantum algorithms, a quantum optical logic gate, superconducting quantum bits, and coherent quantum feedback control. He earned his doctorate in physics at The Rockefeller University.

As an associate professor with the Department of Physics and Astronomy at Tufts, Love pursues his interests in quantum information, quantum simulation, adiabatic quantum computation, and computational physics with special attention on scientific applications of quantum computing. His expertise spans both academia and industry, including time at D-Wave Systems Inc., one of the first quantum-focused computing companies. He also was a co-principal investigator of the Center for Quantum Information and Computation for Chemistry, which was supported by the National Science Foundation (NSF). Love currently is co-principal investigator of the Software-Tailored Architecture for Quantum co-design (STAQ), an NSF-funded Ideas Lab project. He earned his doctorate in theoretical physics at Oxford University.

Lloyd and Love are among the many high-caliber researchers and institutions working with Brookhaven Lab to launch NEQsys, a hub for next-generation QIS. NEQsys will combine the Lab’s physics and high-performance computing leadership with the considerable QIS expertise available from universities and industry mostly located in the New York and Boston metropolitan areas.

“For Brookhaven Lab and CSI, bringing Seth and Peter aboard via these dual appointments is a boon to our growing work in the area of quantum information science,” said CSI Director, Kerstin Kleese van Dam. “Their respective histories in the field will have direct impact on how we build quantum computing tools and share resources for solving diverse science problems under NEQsys. We look forward to Seth and Peter becoming an extension of the Brookhaven team, especially as we expand our quantum portfolio with projects involving machine learning and quantum chemistry where their combined expertise should prove invaluable.”

CSI integrates computer science, applied mathematics, computational science, and domain science expertise and investments across the Laboratory and beyond, including supporting the flagship experimental facilities that attract thousands of scientific users to Brookhaven each year. CSI’s evolving research and contributions have placed Brookhaven Lab at the forefront in tackling big data and high-performance computing challenges at the frontiers of scientific discovery.