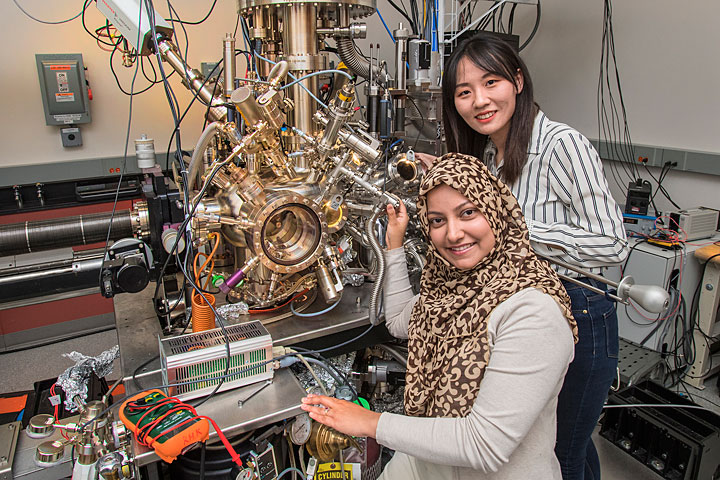 Brookhaven Women in Science (BWIS) has named Mengen Wang and Nusnin Akter the 2019 recipients of the Renate W. Chasman Award. The award ceremony is Wednesday, May 22, at 9:55 a.m. in Berkner Hall (Bldg. 488) at Brookhaven Lab. All are invited.

This year’s ceremony is part of the 2019 National Synchrotron Light Source II (NSLS-II) and Center for Functional Nanomaterials (CFN) Users’ Meeting. Following the ceremony, first-place winner Wang will give a talk in the auditorium. Then at 10:15 a.m. runner-up Akter will deliver a talk Berkner Rm. A.

Add this event to your calendar.

The Chasman Award encourages women to pursue careers in the science, technology, engineering, or mathematics (STEM) fields and honors the memory and scientific contributions of Renate Chasman (1932-1977), a noted physicist at Brookhaven Lab. Her work influenced the design of particle accelerators around the world, including Brookhaven’s NSLS and its successor, NSLS-II. The award is funded by Brookhaven Science Associates (BSA), the company that operates Brookhaven Lab on behalf of the U.S. Department of Energy, and the American Nuclear Society Long Island Chapter (ANSLIC) and has provided a token of economic support to 28 women since its inception in 1987. 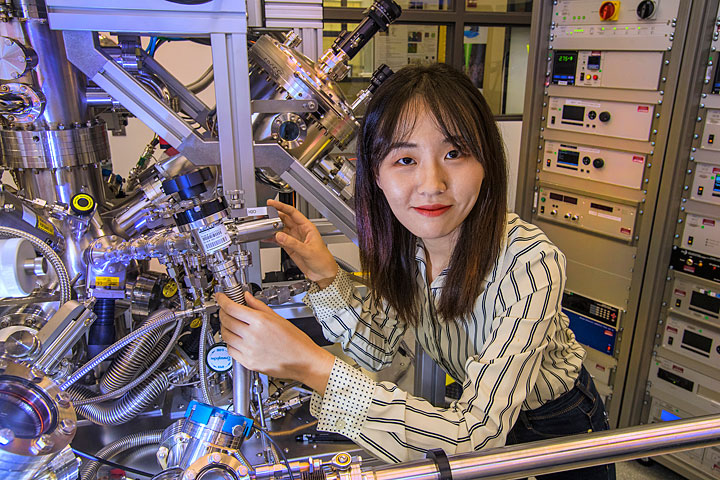 Wang is a Ph.D. candidate in the Department of Materials Science and Chemical Engineering at Stony Brook University (SBU) and has conducted her Ph.D. research at the CFN with Deyu Lu. She earned her bachelor’s degree from Shandong University in China in 2014. Her career goal is to develop and apply first principles methods to stimulate the understanding and discovery of energy related materials.

“I am very grateful to have the opportunity of conducting my Ph.D. research at the Center for Functional Nanomaterials at Brookhaven National Lab,” Wang said. “The collaborative environment here provides great opportunities to bridge the gap between experiment and theory, which inspires me to solve problems, like how chemical reactions happen at the active sites of catalysts and how can we design a catalyst that further accelerates the reactions.”

During her Ph.D. studies, Wang has worked closely with experimental research groups to explore the application of a 2D zeolite model system in noble gas separation and heterogeneous catalysis. She has published eight peer-reviewed papers at Brookhaven Lab.

She served as co-president of Brookhaven Lab’s Association of Students and Postdocs (ASAP) in 2018 and organized events to help early career researchers with career development. 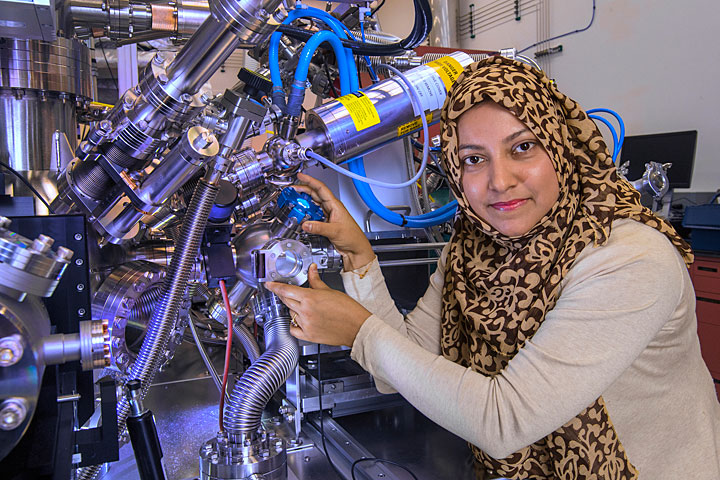 Akter is also a Ph.D. candidate in the Department of Materials Science and Chemical Engineering at SBU. She holds a master’s degree in the same field from SBU and received a bachelor’s degree in chemistry and a minor in math from CUNY-Hunter College in New York.

She is conducting her research with the Interface Science and Catalysis group at the CFN under the supervision of Anibal Boscoboinik and SBU professor Taejin Kim. Her research focuses on the in-situ and operando study of catalyst surfaces under real catalytic conditions by using ambient pressure X-ray photoelectron spectroscopy and infrared reflection absorption spectroscopy. Her research goal is to synthesize catalysts that reduce the emission of environmentally harmful compounds like nitric oxide.

As a researcher, her goal is not only to solve scientific problems but also to act as a role model. “Curiosity in science is a major driver in my life,” Akter said.

Besides her research, Akter is also an active member of the ASAP, for which she served as co-president in 2018. She teaches as a research mentor, and since 2016, has given tours to high school students of CFN and NSLS II and worked with several Science Undergraduate Laboratory Internships students.

BWIS, a nonprofit organization that supports and encourages the advancement of women in science and is open to all individuals, is funded by BSA.