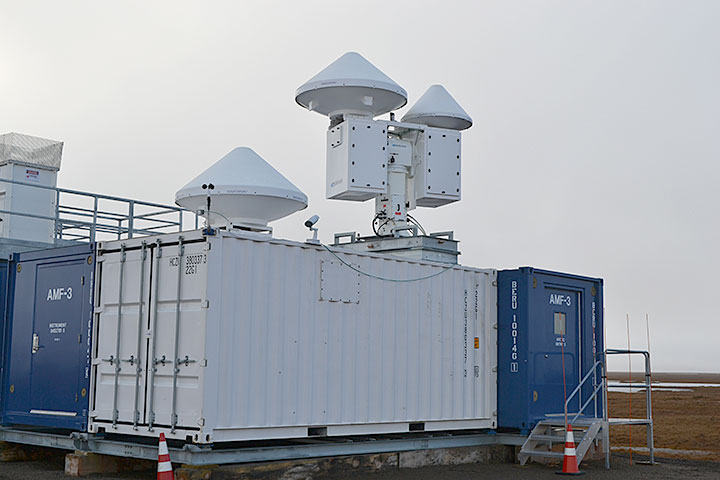 The third ARM Mobile Facility (AMF3) will stop operating in Alaska by the end of fiscal year 2021 and head to the Southeastern United States.

The Atmospheric Radiation Measurement (ARM) user facility will soon begin the process of moving the third ARM Mobile Facility (AMF3) from Alaska to the Southeastern United States. The U.S. Department of Energy’s (DOE) Biological and Environmental Research program selected the site science team that will help guide the move.

“Those three topical areas don’t happen in isolation, and the Southeast U.S. is an area where all three are really tightly coupled,” says BNL aerosol scientist Chongai Kuang, who leads the site science team. 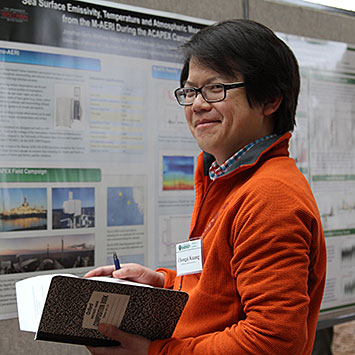 Chongai Kuang, an aerosol scientist from Brookhaven National Laboratory, will lead the site science team for AMF3's move to the Southeastern United States.

When the call went out for a national laboratory-led site science team, Kuang knew BNL had to respond because, he says, “it was right up our alley.”

“We were very excited to be able to bring in expertise from land-atmosphere interactions,” says Kuang. “It was the first time in our department where we were able to leverage that expertise.”

Other members of the site science team are:

With feedback from the scientific community in mind, the group will help pinpoint potential destinations for AMF3 and collaborators in the region. Team members will work closely with ARM leadership and Sandia National Laboratories in New Mexico. Sandia will continue to manage AMF3 after it heads to the Southeast.

An ARM Mobile Facility workshop in August 2018 identified the Southeast as a region of interest for further study. Kuang says the team wants to put AMF3 in an area where the interactions between aerosol, convection, and land-atmosphere processes can be clearly and carefully studied.

“The processes that we’re trying to study there are defined by the unique environment of the region, which is characterized by high humidity, frequent convection, and high biogenic emissions,” he says.

By the end of fiscal year 2021, AMF3 is expected to end operations at Oliktok Point, Alaska, where it has collected data since 2013. The Southeastern U.S. deployment will start in fiscal year 2022 and is scheduled to last five years.

“We plan to work with the leadership of ARM, ASR, and other relevant agencies to host focused, strategic community workshops on scientific themes connected to the Southeastern United States,” says Kuang.

The BNL-led site science team expects to present high-level goals, timelines, and potential regions for the deployment, and seek feedback at a breakout session during the June 2020 Joint ARM User Facility/ASR Principal Investigators Meeting. The team also plans to communicate project updates through the ARM and ASR newsletters.