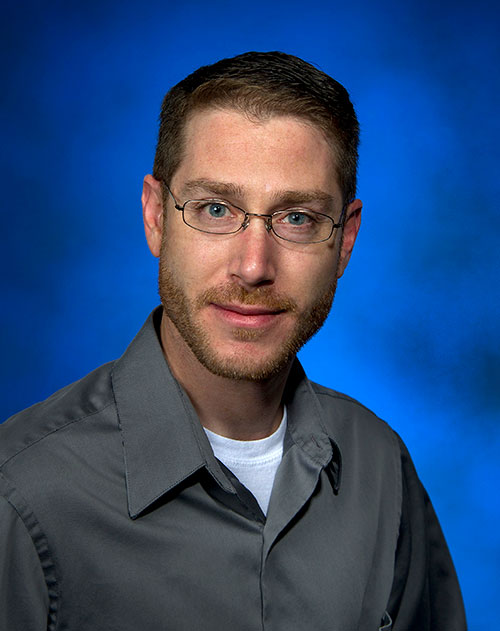 Christopher Amundsen, a mechanical engineer in Brookhaven Lab’s Photon Sciences Directorate, died on Oct. 18, 2019. He was 42.

Amundsen first joined the Lab in June 2010 as a mechanical designer on the National Synchrotron Light Source II (NSLS-II), working with engineering staff to develop designs revolving around the light source’s accelerator and front ends—devices that control the electron and x-ray beams.

As a designer, Amundsen's background in engineering quickly shone through as he took on work typically performed by engineers without being asked and offered his help to others, colleagues recalled.

Sushil Sharma, senior advisor in the Accelerator Division, remembered how during a meeting related to utilities and mechanical engineering, Amundsen, sitting nearby, made good suggestions that showcased his engineering knowledge.

“The next week, we were able to open a position in my own group and we hired him,” Sharma said. “I knew he would turn out to be a very good engineer.”

He stepped up at critical times during the construction of the NSLS-II project, learning new systems to keep work on NSLS-II utilities and front ends on track, colleagues said. He received a Spotlight Award in 2012 for facing a difficult unfinished design and overcoming many obstacles to complete the design of the secondary deionized water system for NSLS-II.

He is remembered by his colleagues as a creative, efficient, and dedicated engineer.

“I’ve got to say, Chris is one of the best engineers that I ever worked with, and I mean that sincerely,” said Frank DePaola, an engineer in the NSLS-II mechanical engineering group. “I viewed Chris as being very intelligent, creative, and very practical in his approach to engineering and designs. And that’s what made him outstanding.”

Amundsen was diagnosed with a glioblastoma (GMB) in 2015—and outlived his initial prognosis by three years through clinical trials at Lenox Hill Hospital. He and his family chose to share his journey with the illness and his treatment at the hospital in a documentary series called "Lenox Hill" now appearing on Netflix to help bring awareness to GMB.

As he underwent treatment, he kept a positive and friendly attitude at the Lab, colleagues recalled. When he could no longer make it to the Lab in person, he sought virtual updates on the work he’d started.

“I think all of us in the group that knew Chris will miss him dearly,” DePaola said.

Survivors include his wife Laura and daughter Sarah Rose.