The following story and video were originally published by the Joint Genome Institute (JGI), a DOE Office of Science User Facility. 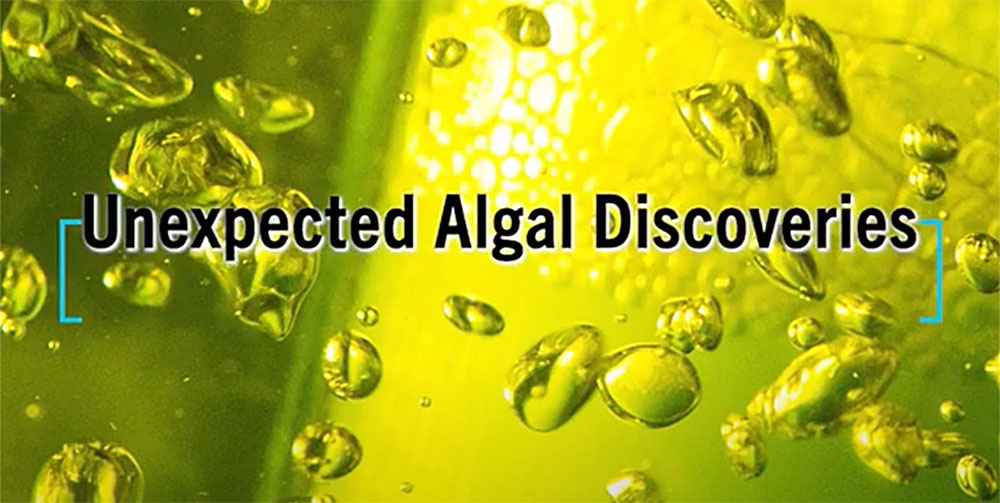 Gene expression in eukaryotes was long held to be monocistronic – that is, a single gene makes messenger RNA, which encodes a single protein. Recently reported in the Proceedings of the National Academy of Sciences, a team of researchers has found numerous examples of polycistronic expression – in which two or more genes are encoded on a single molecule of mRNA – in two species of green algae, Chlamydomonas reinhardtii and Chromochloris zofingiensis.

“I was scrutinizing the genes of one of our species of algae and kept seeing what looked like mistakes by the gene prediction algorithms. I decided to dig in a little deeper, and realized what was really happening,” recalled Sean Gallaher, a research scientist in Sabeeha Merchant’s lab and first author of the article.